Leonard thought he was hugged by a priest at '99 Ryder Cup - he thought wrong!

It's the putt, and celebration, that still annoys us Europeans today! Justin Leonard's unlikely 50-foot bomb will forever go down as the "putt heard around the world."

As Leonard sent his putt down the back of the hole on the 17th hole during his singles match against Jose Maria Olazabal at Brookline, team-mates and WAGS sprinted onto the green to celebrate with Leonard.

Oh, and a "clergy" - well that's what Leonard initially thought. 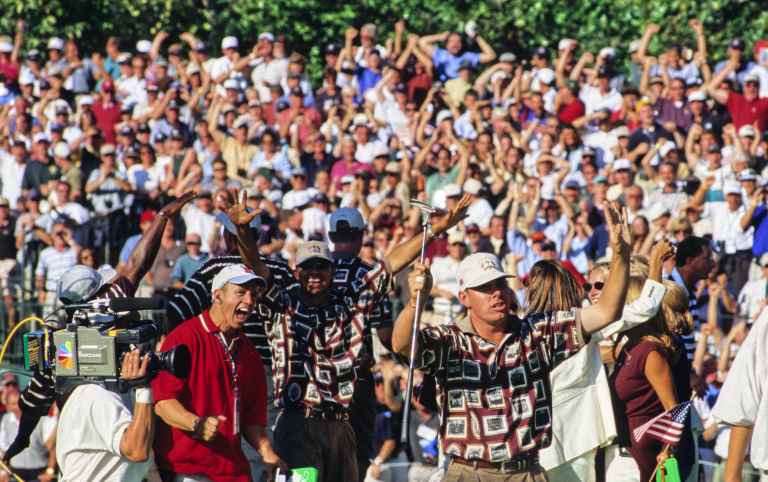 As Leonard explains during an episode of Feherty that will air on Golf Channel on March 12, the guy had a badge that said "clergy" on it, which led Leonard to believe, "I had a man of the cloth with me today!"

Only that wasn't that wasn't the case. Here's how Leonard tells the story of the interaction and about finding out about the guy's true identity about a year later...

Your browser does not support iframes.

"That guy has forged his way into every major sporting event known to man," Leonard says, relaying what he was told about the guy who also walked away with Leonard's hat.

Although, he didn't take Leonard's shirt. We wonder why!