Police in Puerto Rico arrest a man accused of shooting and killing a dog that had stolen his golf ball... 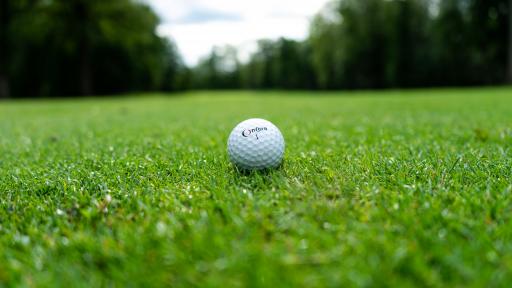 A man has been arrested today after allegedly shooting a dog that had run away with his golf ball on a golf course in Puerto Rico on Saturday.

Authorities have identified the man as Salil Zaveri and said the shooting occurred at Wyndham Grand Rio Mar Resort in the north coastal town of Río Grande. Police said he used a 9mm gun to shoot the dog several times.

According to police statements, Zaveri shot the dog twice when it ran onto the golf course and took a golf ball into its mouth to play with it.

Zaveri reportedly struck the golf ball to the next hole after shooting the dog, and then allegedly shot the dog a third time.

The news first broke on Twitter by CBS News correspondent David Begnaud, who tweeted the following:

BREAKING: This is the man arrested by Puerto Rico police accused of shooting a dog on a golf course in Puerto Rico. Police say the dog ran onto the course & grabbed a golf ball. The man allegedly shot the dog twice, then hit the ball to the next hole & then shot the dog again. pic.twitter.com/BidXQwnPEV

The suspect has been identified, by an eyewitness, as Salil Zaveri. He’s an Act 22er who lives and works in Puerto Rico. He’s due to appear in court this morning. pic.twitter.com/giSVjXdEdo

Here’s the police departments preliminary statement about what happened, shared by @Motinsitepegas pic.twitter.com/45WVM1G8GI

NOW: Puerto Rico prosecutors will charge @SalilZaveri with aggravated animal cruelty/mistreatment after he allegedly shot dead a dog on a golf course. He’s also facing firearms charges for firing his gun, which he was licensed to carry in PR
:@ElNuevoDia https://t.co/vFjrwHKfln pic.twitter.com/LQ1eteUUR7

JUST RELEASED: Mugshot for Salil Zaveri, the U.S. businessman living in Puerto Rico who allegedly killed a dog on a golf course. Police say the dog was playing with golf balls when the suspect shot it. His gun, passport & license have been seized; he has to wear an ankle monitor. pic.twitter.com/X2b0D4IrFm

Zaveri was released on $60,000 bond but his passport and driver’s license have been seized. He did not immediately respond to a request for comment. Zaveri is a sales and marketing consultant and the CEO of Zaveri Consulting, LLC.