Kaymer won both of his majors and The Players with Connelly on the bag. 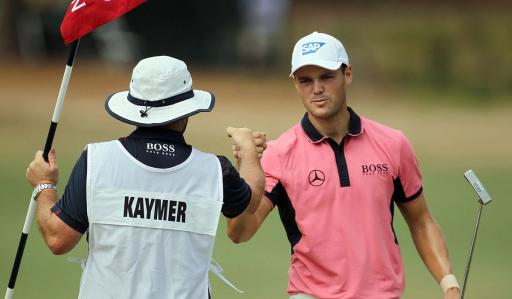 Martin Kaymer has split with his longtime caddie Craig Connelly, but the latter explained the split was "completely amicable" according to an interview with Bunkered.

Kaymer and Connelly were together when the German landed his maiden major title at the US PGA Championship in 2010, before a short split.

The Scot then jumped back on Kaymer's bag for his greatest season yet in 2014 when he clinched both The Players and US Open.

Kaymer, who holed the crucial putt to retain the Ryder Cup for Europe at Medinah in 2012, has been struggling for form in recent years and has currently slumped to 146th in the world rankings and 213th in the FedExCup standings after making only 11 PGA Tour starts.

This month will be the first time that Kaymer has not been included on a European Ryder Cup squad since 2008.

Kaymer will need to up his game in 2019 given he only has one season left on a five-year PGA Tour exemption for winning the US Open at Pinehurst in 2014 - his most recent victory anywhere in the world.

Golf Betting Tips: Our BEST BETS for Round One of PGA Championship
The TOP 5 FootJoy golf shoes ahead of the PGA Championship!
Martin Kaymer
Craig Connelly
caddie
PGA tour
US Open
US PGA
The Players
Previous
Evian boss: France is "not a golf country" despite hosting Ryder Cup
Next
WATCH: Phil Mickelson uses 'sniper training' to prepare for Ryder Cup