Masters field down to its lowest in 21 years

The last time there were 86 players in the Masters, Tiger Woods won his first green jacket! 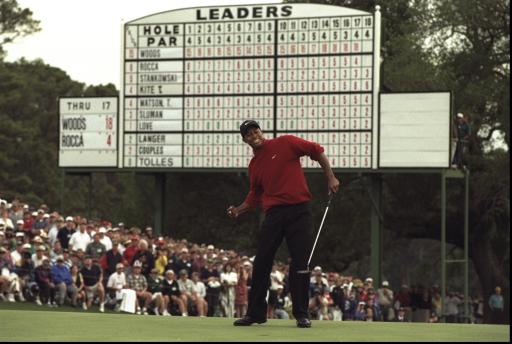 The Masters Tournament has confirmed its smallest field in 21 years with no more than 87 players competing for golf's first major of 2018 next week.

Brooks Koepka, the reigning US Open champion, withdrew from the tournament earlier this week due to a wrist injury, meaning the field currently stands at 86.

Australia's Cameron Smith, Japan's Satoshi Kodaira, South Africa's Dylan Frittelli and America's Chez Reavie have since received invites for the tournament, of which the latter becomes the first American sicne 2012 to earn a Masters invite through the final ranking cutoff.

One final spot is available at next week's Masters for the winner of this week's Houston Open, should he not already be eligible.

An interesting stat for you Tiger Woods fans out there is that the last time The Masters had 86 players in the field was in 1997. Remember that one? Only the year Woods trounced the field by 12 strokes for his first green jacket.

We'll leave you to sleep on that one...