The mavericks of golf: 9 of the sport's biggest characters

From the past and present, this lot were different. 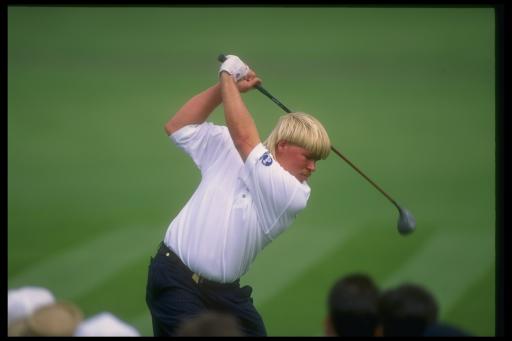 Maverick: an unorthodox or independent-minded person

We don't have that many of them anymore - mavericks, that is. They are an endangered species on professional golf tours. Managers and the media have conspired to kill personality. To get something outside the party line - or just an honest opinion - is becoming a rarity. Because dollars are on the line.

But there are still some survivers. They’re not all robots in a branded hat. There are still some playing to the sound of their own tune. They don't take themselves too seriously, but don't for a second think they can't play - this lot are all serious golfers.

The current crop learned from the best - golf has a rich history of mavericks. Ironically, they the ones golf says “we need more of”.

This list looks at the mavericks from past and present. GolfMagic salutes you.

Known for: the mullet, enjoying a drink, chain smoker, his diet, the swing

Known as the Wild Thing, Long John is the ‘official’ maverick of golf - “I played my best golf drunk” is about as wildboy as you can get. A real-life Happy Gilmore character, Daly was/is a massive hitter, with a trademark long swing coming about after he learned to play with an adult set of clubs. Daly won the 1991 US PGA after being ninth alternate, before going on to win the Open in 1995. Lost a fortune gambling, and has numerous arrests under the belt.

Known for: bull dancing in the Ryder Cup, love of hunting and fishing

Our favourite quote: I don’t follow golf. I don’t keep up with golf, or know who is coming or going. I am here to just play the game and be done with it.

Weekley would rather be with rifle or fishing rod in hand than driver or putter. He doesn’t seem that into golf, but happens to be really good at it - as his three wins on the PGA Tour show. He qualified for the 2008 Ryder Cup - although he didn’t know much about the competition - and ended up Happy Gilmore style bull riding his golf club off one of the tee boxes. A national hero.

Our favourite quote: I read the greens in Spanish, but putt in English

Came into the game when it was particularly stiff, but Puerto Rico’s Rodriguez was ready to mix it up. His flamboyant style captured the imagination, as did his famous “toreador” dance, which he pulled out in celebration. Used to throw his hat onto the hole after making a birdie. Eight wins on the PGA Tour, and 22 on the Seniors circuit.

Our favourite quote: My swing is homegrown. That means everybody can do it.

Famously never had a golf lesson (hence the odd swing), and is now a two-time Masters champion. That is ridiculous. Bubba's one of the longest hitters on Tour, and can move the ball and play shots like no one else in the pro ranks - it’s called “Bubba Golf”. Bit of a goof ball off the course, but can get heated on it. A mystery, really. Nicknamed ‘blubber’ as the waterworks go off whenever he gets a win.

Known for: 11 major wins,  luxury clothes, penchant for a party

Our favourite quote: I never wanted to be a millionaire. Just live like one.

The night before the 1919 US Open play-off, Hagen decided against an early night. “The party pretty much lasted the entire night…champagne, pretty girls, …jokes and laughter… no sleep,” he said. He went on to win, one of an incredible 11 major triumphs. Hagen wore tailored clothes on the golf course, made from the finest materials, and played in many lucrative exhibition matches. He helped commercialised the game, and had fun along the way.

Known for: love of cigars and wine, warm-up routine, celebrations

Our favourite quote: My friend, water is for fish.

Often seen puffing a stogie on the course, Jimenez is an all-time great character from the European Tour. Enjoys a couple glasses of red wine, even in the midst of a tournament - and if he’s leading that changes nothing. Wowed the world when his eccentric warm up routine went viral, and boasts some of of the best celebrations in the game. He has an impressive 21 wins on the European Tour.

Our favourite quote:  I can't wait to get back to North Mid, get hammered and see my mom and brother and spend time with them and just celebrate.

One of the modern breed, but miles from a modern golfer - or “athlete”, as we’re supposed to call them now. Always looks like he’s having the most fun out of anyone of the course, and is enjoying every second on Tour. That’s what has made him a fan favourite, alongside his exuberant beard. Broke his duck at the 2016 Spanish Open, and then hit the bar (it’s all on social media…).

Our favourite quote: I don’t like stress because stress stresses me out.

A picture of a zombied Dufner sitting in a classroom with children at a charity went viral, and “Dufnering” was born, along with a cult status for the 2013 US PGA champion. One of the most relaxed golfers on the golf course, and off it - he’s a favourite of fans and pros.

Our favourite quote: You look at trends in humanity and people like following the norm. You’ve got people out there like Einstein, George Washington - they just stood out and capitalised on their differences and showed the world a different side.

Known as the Scientist, DeChambeau developed a one plane swing, and uses irons all of seven iron length. He floats his golf balls in a solution to check they are weighted to his specs. He’s a bit odd in that regard. Coming from the young cookie-cutter class of homogenised golfers, the 24-year-old has great promise with two wins to his name already.