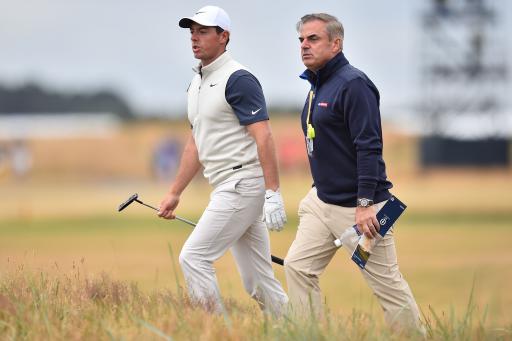 Paul McGinley says Rory McIlroy has become “average” compared to the best players in the world.

The former Ryder Cup captain also said you can no longer say “Rory wins” if the top players all bring their A-game as the world’s top three are now “better than him”.

"Look at Dustin Johnson with his wedges, Brooks Koepka with his putter, and Justin Thomas the same. These guys are fabulous – absolutely fabulous. Rory is only average. Sometimes the putting is good, but the wedge play is not great. Then the wedge play is not so bad, but the putting is off. Those scoring clubs are absolutely paramount, for a start," he told Off The Ball.

"The other thing is that this perception that if Rory plays his best, then he wins. That is not applicable any more. There are three guys that are better than Rory, if they are on their game – Brooks Koepka, Justin Thomas and Dustin Johnson.

"They have that extra gear that Rory used to have. Like Tiger having to box clever, Rory has to box clever – he’s coming up to 30 years of age. You have three guys that can hit the ball just as far and just as straight as him, and have just as much ability to perform under pressure as Rory has had."

After picking up four majors at an early age, the 29-year-old has endured a four-year drought.