McIlroy recovers to share lead with Molinari at BMW PGA

Rory McIlroy rallies on the back nine to share lead with Francesco Molinari after 54 holes. 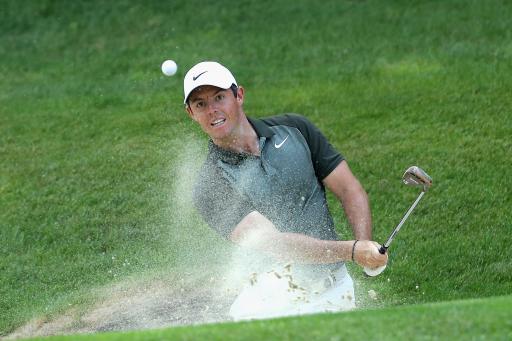 Rory McIlroy and Fracesco Molinari share the lead heading into the final round of the BMW PGA Championship at Wentworth.

McIlroy quickly saw his three-stroke cushion evaporate on the early holes when bogeying the third and double-bogeying the sixth after finding trouble off the tee.

But the Ulsterman bounced back superbly from there with a birdie at seven followed by birdies at the three par-fives on the back nine at 12, 17 and 18 to join the Italian out in front on 13-under par after 54 holes.

Molinari, 35, has a tremendous record around the West Course down the years, highlighted by a runner-up finish to Alex Noren 12 months ago, and he will have every chance to go one better on Sunday.

The Italian started the third round five strokes behind McIlroy but charged through the pack with a flawless 6-under 66, making a superb up-and-down from the drop zone at the par-5 18th after finding the water with his second.

Defending champion Noren lies in a three--way tie for third on 9-under alongside England's Ross Fisher and South Africa's Branden Grace.

England's Lee Westwood looks on from 8-under.