Club members have expressed their concern as Adam Johnson joins the club and could play with junior golfers. 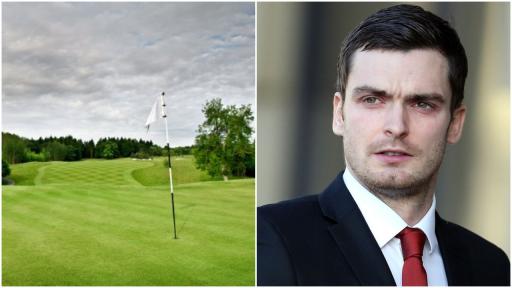 Former footballer Adam Johnson was convicted to a six year sentence for sexual activity with a 15-year-old girl and has caused upset after joining Wynyard Golf Club, where multiple members have voiced their concerns at the possibility of Johnson being paired with junior golfers.

Johnson was released from jail earlier this year, serving just half of his six-year sentence and recently joined the prestigious Wynyard Golf Club in County Durnham.

The former Sunderland wingers' membership allows him access to the bar and can play in competitions, some of which involve both older and junior members of the club.

One member of Wynyard Golf Club spoke to The Sun on Sunday where he confirmed that there are a number of under-age girls who are currently members of the club and playing in competitions, with the youngest junior category at the golf club for children is under the age of eight.

Johnson, who was stripped of his 12 England caps following the charge, is currently a regular player in the club's 'Lions League' where he plays on Tuesdays and Fridays, but one member of Wynyard Golf Club is furious with the club's decision to allow Johnson a membership.

"There is great disquiet at the golf club. Members with juniors are looking over their shoulder. The club should be a place for relaxation.

"Allowing him to join is a travesty in my eyes. There are many who feel like me.

"For a golf club to pride themselves on being a championship course it’s very disappointing to see them allowing Mr Johnson to become member and just let him go about his business in and around the facilities as if nothing has happened when we have under-age players at club."