Spaniard beats main rival Langer by one stroke at the Home of Golf. 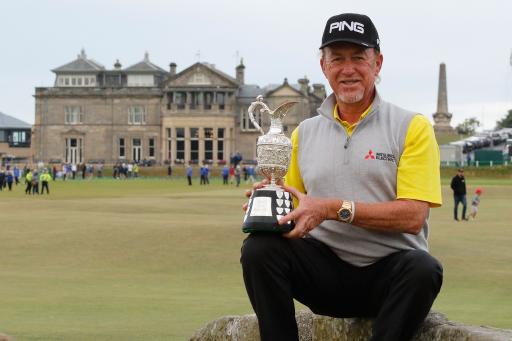 The 54-year-old held off 10-time Senior major winner Bernhard Langer by a stroke, firing a three-under 69 at the Home of Golf.

Jimenez was two strokes ahead going into the final round and was three under for his opening nine holes. Coming home was not as assured, with one bogey and the rest pars for the final six holes.

“I didn’t play too good over the last few holes,” Jimenez admitted. “I didn’t hit many solid shots. And I missed short putts on both the 14th and 15th. At that stage I was feeling the stress. My heart was really pumping very fast. But it is such a great thing for me to win here at St. Andrews, the Home of Golf.

“This is the place where everyone wants to win and the place where Seve won his second British Open. It has always been my ambition to win here. It feels like I am part of history.”

Jimenez, who has 21 victories on the European Tour, won his first Senior major earlier this year at The Tradition.