The 2021 Walker Cup is set to begin on Saturday but several players are now suffering with food poisoning ahead of the event. 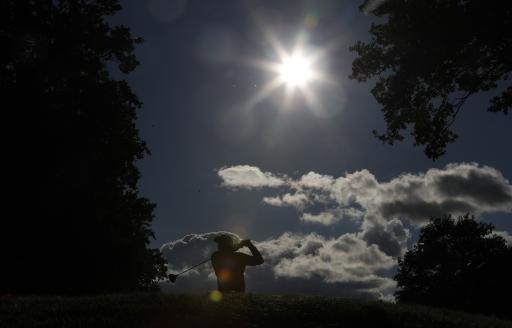 With 24 hours to go until the 2021 Walker Cup is scheduled to start, multiple players from both the USA and Great Britain & Ireland are suffering from food poisoning.

The biennial contest gets underway at Seminole Golf Club in Florida from May 8-9, with the action being shown live on Sky Sports, where the American side will be looking to win their third straight victory.

A statement has been released by the USGA and R&A, stating that several players are being treated for gastrointestinal issues and that the situation is being closely monitored, while any Covid complications have been ruled out after testing.

Here's a closer look at the GB&I #WalkerCup Team. pic.twitter.com/1izxQ12p3f

The statement said: "Over the past 24 hours, a number of players from both the GB&I and USA Teams have been treated for gastrointestinal issues and are currently under observation by medical professionals at the teams' hotel.

"All players from both teams have tested negative in their daily screenings and COVID-19 has been ruled out as the cause. The players have adhered to the strict health and safety guidelines established as a code of conduct for the match.

"The health and safety of the players and all involved in the match is our utmost priority and we are closely monitoring the situation. At this time, there is no expectation of a disruption to the timing of the matches of the biennial competition.

"We will provide additional updates if necessary."

Team USA are the favourites to win the event, with the top 20 ranked players in the amateur game dominated by Americans, whilst Alex Fitzpatrick is the highest-ranked GB&Ire player involved (12th).

Should the schedule go ahead as planned on Saturday, the event will being with four foursomes matches, followed by eight singles. Sunday's action will consist of four more foursomes and 10 singles matches, with a total of 26 points up for grabs.

NEXT PAGE: Phil Mickelson has an interesting NEW CLUB in the bag on the PGA Tour