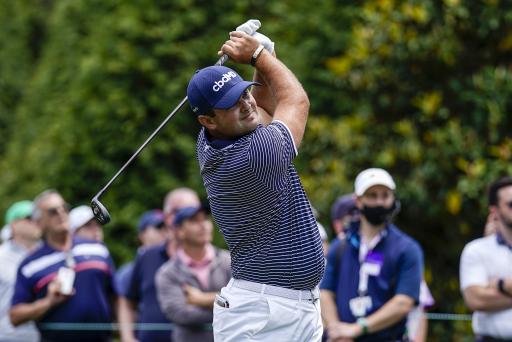 Golf reporter Max Adler received a mixture of responses from golf fans for his interview with 2018 Masters champion Patrick Reed.

Reed took part in an interview with Golf Digest and spoke about a number of different topics such as his golf career, personal life and the perception of him that is portrayed in the media.

The World No. 7 spoke about winning his maiden major title at The Masters, and his early days of qualifying for PGA Tour events. He also discussed the public perception of him off the back of rules disputes that he's previously been involved in.

RELATED: PATRICK REED MET HIS WIFE ON FACEBOOK AFTER BEING GHOSTED BY HER SISTER!

As expected, getting a lot of heat for the @PReedGolf interview. I stand by the questions and the decision to give an at turns controversial, ostracized and complicated major champion an opportunity to speak.

Reed maintained that his interactions with rules officials in the past have been to seek clarity and not to gain an advantage or to "cheat", as golf fans have accused him of in the past.

It was a very open and frank interview with the 30-year-old and it has provoked a reaction from many golf fans who have mixed opinions.

Good interview I read every word!

Heat well earned. You bailed on the hard stuff and let him control the narrative. It seemed you were trying to make him look like a victim or sympathetic.

The heat is justified, you gave a player who has proven he is indifferent to the consequences his actions have on others an open, uncontested, platform to craft a “you just don’t know me” product. We know enough about him to not want the chance to “have a beer and laugh.”

GolfMagic reported yesterday that Reed told Golf Digest of how he met his wife Justine, who has been upset before at the negative comments aimed at Reed at PGA Tour events.

NEXT PAGE: GOLF FANS REACT TO THE OPEN'S INCREDIBLE TRIBUTE TO SEVE BALLESTEROS