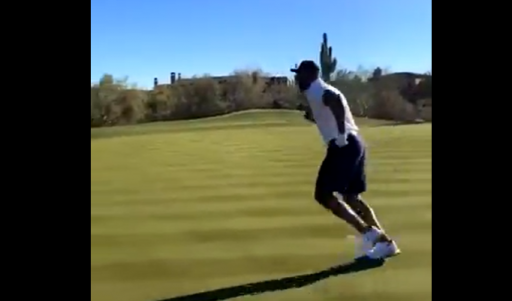 Hicks, who has been romantically linked with Cheyenne, didn't even need a driver to pull off his incredible albatross-one at the par-4 as he apparently used a 3-wood. WATCH the video footage below:

Tiger Woods’ niece Cheyenne Woods just posted this video of Aaron Hicks after he made a hole-in-one on a 303-yard Par 4 pic.twitter.com/dqBsbZLFto

Silverleaf CC is regarded by many golf course experts as one of the finest private country clubs in the United States.

Hicks' power from the tee has never been in doubt, especially after witnessing him send one out the ground at Topgolf recently. WATCH Hicks' shot below:

Yankees outfielder Aaron Hicks launched a golf ball OVER THE NET at TopGolf.

Tiger Woods' niece Cheyenne is currently ranked 469th in the ladies world rankings, but she did incredibly win a lower-tier Cactus Tour event on Saturday by a whopping 16 shots.

She played on the main circuit, the LPGA Tour, six times last year but only made the cut in one of those appearances.