Scotland's First Minister has warned Donald Trump that travelling to Scotland to play golf will not be classed as essential travel. 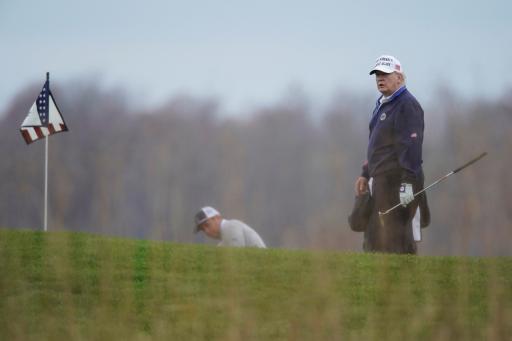 Scotland's First Minister Nicola Sturgeon has warned Donald Trump that the current lockdown rules in the country apply to him as much as they do anyone else, after it was rumoured he plans on travelling to the country to play golf later this month.

It was recently reported that Prestwick airport, located less than an hour away from Trump's Turnberry resort, was informed to prepare for the arrival of a US military aircraft on January 19, which happens to be the day before Joe Biden officially begins his duties as President of the United States.

Scotland recently went into a national lockdown where strict restrictions have been put in place to slow the spread of the coronavirus, which includes stopping people from entering the country without "essential" purpose.

“I have no idea what Donald Trump’s travel plans are, you’ll be glad to know. I hope and expect … that the travel plan that he immediately has is to exit the White House. But beyond that I don’t know," said Sturgeon in a recent press conference.

Since losing out to Biden in the presidential election, Trump has continued to claim that Biden's victory is fraudulent and has been even more active than usual on his Twitter account.

NEXT PAGE: Petition launched to have the reopening of golf courses debated in parliament