Pep Guardiola will play alongside Tommy Fleetwood at Wentworth 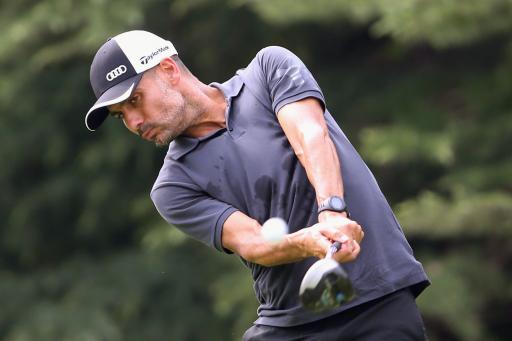 It’s a fitting duo, with Guardiola’s team recently being crowned the Premier League champions and becoming the first team to reach 100 points, while Southport’s Fleetwood is the reigning Race to Dubai champion.

The pair’s previous golf outing was eventful, as Guardiola was informed City were champions with bitter rivals dropped points to West Brom while the Spaniard was on the course.

Making up the fourball in Surrey will be Matt Le Tissier and ex-Manchester United and Manchester City goalkeeper Peter Schmeichel.

“I've heard some great things about the BMW PGA Championship and I'm looking forward to testing myself in the Pro-Am. After winning the Premier League, it will be a nice way to finish a great season,” said Guardiola, who explained before his love for golf stems from a lack of referees.

"I know there are quite a few sports stars and former footballers in the field, so I think it will be very competitive and hopefully my golf will live up to the event.”

We were introduced through a mutual friend because I had always admired Pep and knew he liked a game of golf,' revealed Fleetwood.

I don't think either of us expected to get on with each other as well as we did but we hit it off immediately; his sense of humour is very similar to mine!

He's a very good golfer and works hard at practising, too. I don't think he's the type to do anything half-halfheartedly. His son plays some great golf as well. I think if Pep took golf up he could be a champion!

I wasn't with him when he found out United had lost, but he screamed his delight down the phone to me when the result came in just after we had left the course! It was very funny!