Pepperell pained by pace of play on LPGA Tour at the weekend... 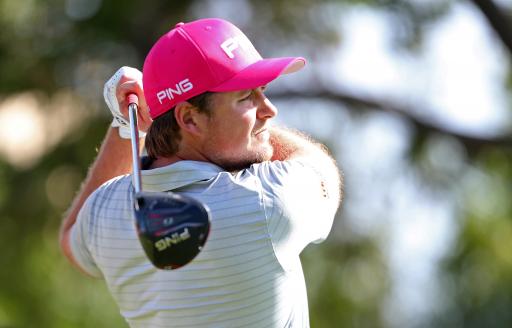 Eddie Pepperell is never one to shy away from an opinion in the world of golf and the story was no different on Sunday afternoon as the Englishman tweeted his frustration at the pace of play during the final round of the Ladies Scottish Open.

"Painfully slow, awful TV," tweeted Pepperell, in reply to Club Pro Guy's tweet, which read: "It's a stock 9-iron but let's go ahead and get 3 different books out to make sure."

American Stacy Lewis went on to win the tournament in a four-way playoff at The Renaissance Club in Scotland.

It marked her first win in three years since winning the 2017 Cambia Portland Classic, and her 13th LPGA Tour victory.

But despite going on to win the tournament, Lewis was quick to echo the sentiments of Pepperell.

"It shouldn’t take that long to play,” said Lewis after a final round that took more than five hours.

“I knew it was going to. That’s the sad part. You is know it’s going to take that long.

"I do think an effort needs to be made across the board to play faster, because obviously I wasn’t watching it on TV, but I’m sure it couldn’t have been fun to watch on TV. There’s just so much the announcers can talk about to fill time."

A number of other golf fans was also vocal in their displeasure at the pace of play during the live coverage:

The @LPGA has a SERIOUS pace-of-play problem, but their approach to the issue is a mess. @LPGACommish should work implement a new INDIVIDUAL slow play penalty system, to target the real problem players. As a viewer, it’s tedious, but for the fast players it must be torture #GOLF

Stacey Lewis is absolutely right, the pace of play at the Ladies Scottish Open is dreadful. Why aren’t the slowcoaches timed and put on the clock?

this is why I don't bother watching ladies golf... and I don't care how "relatable" it is...

I watched the last Solheim Cup for 5 minutes ... that was enough.

I enjoy watching the great golf from the LPGA. The LPGA need to act immediately to get rid of slow players before they destroy interest in women’s golf.