Ping, Callaway or Titleist? What golf gear you buy says about YOUR personality

A recent study has sought to determine what personality type you are based on what brands you favour. 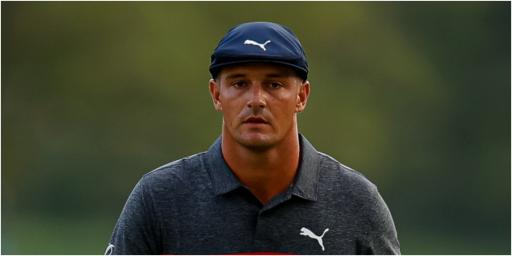 Golf is a fantastic game played by people from all walks of life.

But different types of golf gear says a lot about your personality and who you are as a person.

No doubt if you saw someone at the range with Cobra gear and a flatcap they might fancy themselves as a bit of a bomber.

While if you saw someone chopping away with a lesser known brand they might be more of a introvert.

A recent study conducted by Stephen Smith at the UK-based Sports Psychology Limited has tried to shed some light on this.

Their research sought to determine the brand preference of golfers based on them having an introvert or extrovert personality.

Smith devised a short questionnaire with equipment preferences based on 15 brands which were then followed by personality questions.

The results are interesting.

It can be revealed that Ping was the preferred brand by 40 per cent who consider themselves to be introverts as well as Titleist at 18 per cent.

Callaway and TaylorMade were the two big brands who 40 per cent of people who identified themselves as extroverts chose them as their favourites.

RELATED: WHAT IS RORY MCILROY'S NET WORTH IN 2021?

RELATED: FOUR THINGS TO KNOW ABOUT THE CJ CUP VENUE

PGA Tour
Tiger Woods raises the STAKES in the Bahamas after hitting some drives
PGA Tour
Bryson DeChambeau's WILD first hole in Bahamas saw him high-fiving a spectator
PGA Tour
Collin Morikawa net worth: How much is the future world number one worth?
PGA Tour
Bryson DeChambeau: Why he rejected interview requests and almost QUIT the game
PGA Tour
At Tiger Woods' Hero World Challenge, Tyrrell Hatton makes a WATERY par and bows