Rickie Fowler had a poor season on the PGA Tour in 2021 but he is looking to get back on track at the CJ Cup this week. 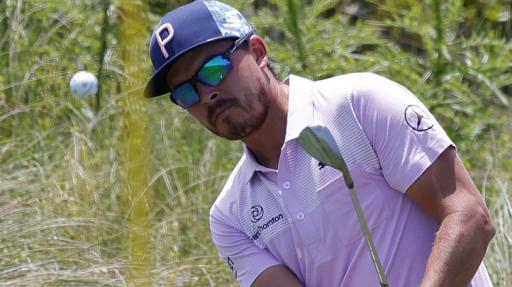 Rickie Fowler missed the cut at the Shriners Hospitals for Children Open last week and it looked as though his poor form had carried over from the last PGA Tour season.

But after another poor week at TPC Summerlin, Fowler went to visit his old coach Butch Harmon who has tutored some of the best golfers in the modern era such as Tiger Woods and Phil Mickelson.

The 32-year-old wasn't seeking a lesson or coaching as such, he just wanted reassurance that the intentions and drills that he has been working on will lead him down the right path.

The five-time PGA Tour winner has been working with coach John Tillery since 2019 after Harmon retired from travelling on the tour schedule.

"So obviously having the weekend off last week, the course here was closed, and I wanted to hit balls. So it’s always fun to catch up with Butchie, he’s someone that’s just fun to be around, and on top of that it was nice to use the facility over there, hit some balls," said Fowler.

"For me, for the most part, since I worked with him for such a long time in kind of the middle part of my career there, I think just getting kind of like his stamp of approval.

"He loved everything that Tillery and I were working on, so it’s just fun to be around him. He was excited to see Allison (Fowler’s wife) and so spent some time with him, his wife, Christy, as well.

"As I said, he’s just fun to be around and he loved what we were working on. He just said go play and keep trusting it."

Fowler has plummeted to number 128 in the world, which is lightyears away from his previous years on tour. Perhaps his visit to Harmon has helped him to turn a corner, as he shot a 6-under-par 66 in the first round of the CJ Cup on Thursday.

On a low scoring day in Las Vegas, Fowler made six birdies in a bogey-free round to sit five shots behind leader Robert Streb in tied seventh place.

RELATED: BRYSON DECHAMBEAU ON TIGER WOODS RELATIONSHIP: "HE IS MY DAD"

In 2021, Fowler could only manage one top-10 finish which came at the PGA Championship. He missed the FedEx Cup Playoffs for the first time since 2009 and he is still looking for his first win since 2019.

Under the tuition of Harmon, Fowler was one of the most consistent players on the PGA Tour. In 2014, he finished in the top five of all four major championships.

"He came over a couple days really just to hang out, I thought he was swinging fine. Didn’t really help him with his game and we were always so close," Harmon, 78, told Golf Channel.

Let's hope that Fowler has been inspired to go even lower this week at The Summit Club, as the current state of his career is some way off where such a talented player should be.

NEXT PAGE: "I CAN'T KEEP PLAYING LIKE THIS": JASON DAY OPENS UP ON HIS PGA TOUR STRUGGLES