Buckingham Palace insider claims royal protection officers were told by Prince Andrew to go and retrieve his golf balls from the garden. 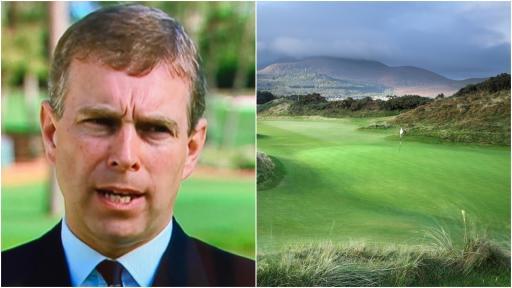 Prince Andrew is said to have ordered royal protection officers to pick up his golf balls while he fired shots in the Buckingham Palace garden, according to a report in The Sun.

A royal insider claimed members of the elite Royal police squad were ordered to run around after Prince Andrew while he practiced his golf game on the pristine lawn.

The lawn at Buckingham Palace might not be Augusta National when it comes to playing surfaces, but it is regarded as the largest private garden in London.

RELATED: PRINCE ANDREW LOSES PATRON ROLES AT THREE OF THE GREATEST GOLF COURSES IN THE WORLD

"Andrew would occasionally come into the gardens carrying his clubs and hit a few balls making his close protection officer collect them for him," an insider told the Mail Online in 2008.

Paul Page, who was Andrew's protection officer from 1998 to 2004, told the Mirror in 2019 that the Duke of York was "abusive and rude towards us as police officers."

Earlier this month, Andrew was stripped of his military roles and royal patronages by The Queen.

He also lost a number of his royal patron roles at a number of high-profile golf courses, such as Royal County Down, Royal Belfast and Royal Portrush.

The latter of which hosted the 2019 Open Championship. It was at this particular tournament which Prince Andrew infuriated members of the public when he took a £16,000 flight on the taxpayers' dime to watch the action.

Shane Lowry lifted the Claret Jug that week and the Duke, now 61, insisted he had no other means to get there and was a spectator as part of his patronage.

"There will be immense relief by members that this decision has been taken out of their hands," said a source close to the trio of golf clubs.