Brits have been left outraged after it was revealed Prince Andrew spent £16,000 of taxpayers money on private jet to watch The Open. 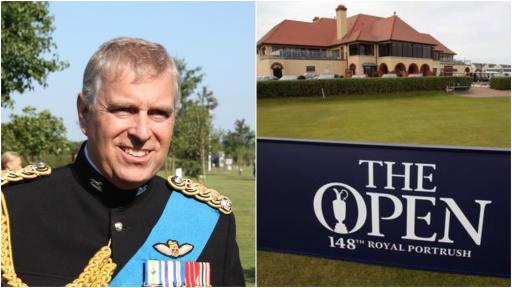 The people of Britain have been left infuriated after it was revealed that Prince Andrew spent £15,848 of taxpayers' money on a private jet to watch the Open Championship at Royal Portrush last July.

The royal accounts for the last financial year have just been released and the British public have taken to Twitter to vent their frustrations at seeing the ludicrous figure for Prince Andrew's flight to Northern Ireland in July 2019.

According to royal officials, the Prince had "no other ways" of getting to Northern Ireland to watch the 148th Open Championship at Royal Portrush, where Shane Lowry won his maiden major title, much to the delight of the local fans.

On the day that the Prince took the chartered flight, there were 13 daily flights to Belfast to choose from.

A palace source, said: "There were no other ways for Andrew to make the trip. He was undertaking a visit on behalf of his patronage. Arrangements in relation to the programme did not enable him to travel by scheduled flight."

"This is an outrageous waste of public money & can I put on record that as a tax payer the only flight I am willing to pay to put Prince Andrew on is one to America for his long overdue interview," said journalist and lawyer Peter Stefanovic.

Eddie Pepperell, who finished 71st at last year's Open, replied to the Daily Mirror's tweet about the story, saying that Prince Andrew offered him food at the 1st tee...

He offered me some pizza on the 1st tee last year at Portrush.

NEXT PAGE: Golf events cancelled in the UK and Ireland following rise in coronavirus cases