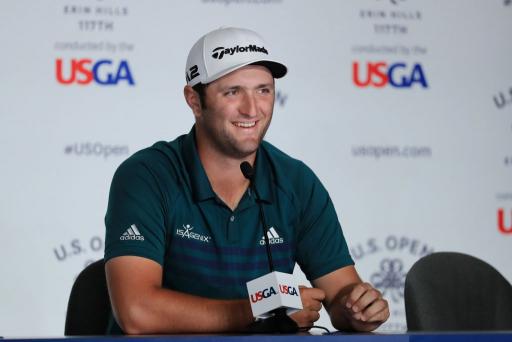 Spanish sensation Jon Rahm has revealed how he learnt English by listening to rap music.

The 22-year-old said he realised his grasp of English was not good enough when he started at Arizona State University, and turned to music to tune up his understanding.

“I'll never forget my first class,” said Rahm. “I went to micro economic principles. The class had about 365 students, the teacher was speaking with a microphone, and I could not understand a single word. The first month, it was a little bit uphill.”

“Memorising those lyrics helped out with enunciation and pronunciation. Having to be able to say those words at a fast pace helped me out a lot. I'm not kidding.

“(Before that) it was hard. When people talked to me it was a long process for me to translate that sentence from English to Spanish, understand it, think what I wanted to say and translate it from Spanish to English. It was at least a ten to 15-second process where I just felt really awkward. A lot of times I responded yes or no when the question was nothing related to yes or no. It really was a struggle.”

OUTRAGE: Golfer DQ'D as putter grips were QUARTER OF AN INCH too close together
WATCH: Round of golf is interrupted by a WEDDING ceremony!
john rahm
PGA tour
rap
2017 us open
Previous
Reader Poll: Golf Equipment Choices
Next
Q2: Irons