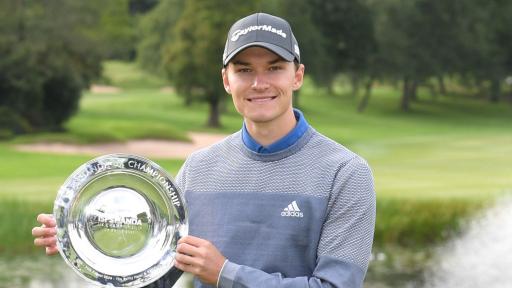 Arguably one of the most consistent players during the six-tournament UK Swing over the past two months, the 19-year-old Dane carded a superb 7-under 65 on Sunday to finish on 14-under par alongside Justin Walters, and then went on to defeat the South African with a par at the second extra hole.

Højgaard tops the European Tour's UK Swing Order of Merit and will now head to the US Open in September.

He is also projected to move into the world's top 70 for the first time in his career.

Højgaard added TaylorMade's new P•7MC irons to his bag for the week, marking their second win in a row on the European Tour.

“I was a bit surprised that I ended up in a playoff, but it was fun out there,” said Højgaard.