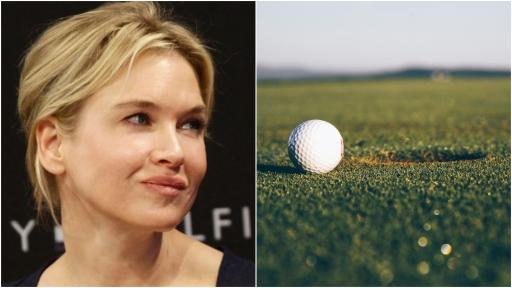 Renee Zellweger will star in a new golf comedy called 'The Back Nine' that will be directed by Michael Patrick King for Landline Pictures, according to The Hollywood Reporter.

Zellweger, 51, will reportedly play a former golfer who steps away from the game to make way for her husband's professional career and to raise her son, only for her to return back to play golf and turn professional during the "back nine" of her life as her marriage falls apart.

The American actress is best known for her roles in the romantic comedy Bridget Jones's Diary (2001) and most recently, Judy (2019), where she played Judy Garland and won the Academy Award for Best Actress.

She was also one of the world's highest-paid actresses by 2007 and was named the Hasty Pudding Woman of the Year in 2009.

Renee Zellweger to Star in Golf Comedy 'The Back Nine' - https://t.co/OZv8xIdnDC pic.twitter.com/4ImRrMElII

Hollywood Reporter writes: "Veteran producter Amy Baer will make 'The Back Nine' as the first picture for her new label, Landline Pictures. 2 Broke Girls creator [Michael Patrick] King will helm the movie based on a script he wrote with Jhoni Marchinko and Krista Smith.

"Landline Pictures operates under MRC Film, a division of MRC, which is a co-owner of The Hollywood Reporter through a joint venture with Penske Media titled P-MRC."

NEXT PAGE: GOLFER USES FLAG AS WEAPON IN CRAZY FIGHT ON GOLF COURSE