A study conducted by The Times showed that opening all 3,087 of Britain's golf courses would provide over a million people with access to green space. 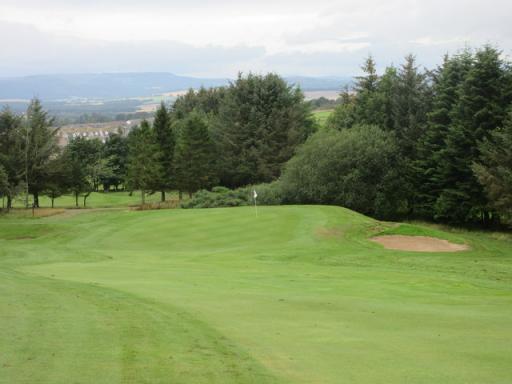 A study conducted by The Times newspaper has revealed how many people would benefit if golf courses were forced to allow the general public access to local courses to use as walking space.

Due to the coronavirus lockdown, members of the public are using park and other local recreation grounds to get their dose of daily exercise or just to escape the house for an hour.

Some areas of Britain though are more urban than others, meaning parks quickly become packed full of people, which doesn't help the government's social distancing orders.

DEBATE: Should golf courses have been forced to close?

Politicians have called for golf clubs to open their grounds to provide more green space for local residents, with many golf courses refusing to allow members of the public to walk the course whilst they are closed.

The analysis provided by The Times states that if all 3,087 golf courses in Britain were forced to allow the public walking access, it would provide over a million people easy access to a green space.

"These people live in urban areas without nearby public parks or playing fields, but within 1,640 feet (500m) of a golf course," the report states.

"There are about 481,000 acres of public green space in Britain. Opening up all golf courses, which take up 311,000 acres, would increase that by another two-thirds. In the unlikely event that every Briton took to the nation’s golf courses simultaneously and were evenly spaced, each would have nearly 210 square feet in which to self-isolate.

"Areas that would particularly benefit from opening up golf courses include the more densely populated parts of Surrey Heath, the Fylde in Lancashire, and Woking. About a tenth of the population in these places live in urban areas that are not close to a park but are near a golf course. Almost 25,000 Birmingham residents would benefit, and 17,000 in both Solihull and Bolton."

Caversham Heath Golf Club, who were included in the study, has allowed members of a nearby retirement complex to use the grounds for exercise.

“It’s quite strange for our members, but they see that people are respecting the property. These are exceptional times and our members were keen to help the community,” said club official Gary Stangoe.

Mr Stangoe also pointed out that not all golf clubs are in a position to allow the general public on their courses, due to wildlife management programmes that protects wildflowers and bees.

“Every club must be left to make their own choice and for most it won’t be appropriate,” he added.

Golf course architect David Williams, who designed the greens at Surrey National and Reigate Hill, believes that golf clubs need to open their doors to the public in a crisis like this.

“Golf clubs should open up and do their bit for the community," he said. "They are often the biggest open green space in an urban area. It seems wrong that we prevent the public from walking and jogging on them while they’re closed. The average 18-hole golf course is about 150 acres of parkland — that’s huge compared with many of our urban parks.”

NEXT PAGE: YOU vs TOUR PRO: How many golf balls per round?