Russell Knox leads at the Mayakoba Golf Classic, while Rickie Fowler managed to shoot under par after making an 8 on a par-4. 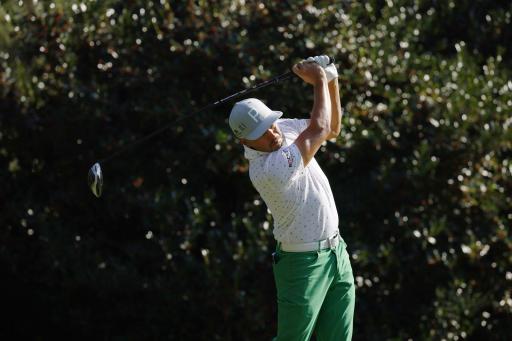 Russell Knox holds a slender one-shot advantage after the opening round of the Mayakoba Golf Classic at El Camaleon Golf Club in Mexico, while Rickie Fowler was able to salvage an under-par round after he made a quadruple-bogey 8.

It was a breezy day in Mexico and Knox managed to make seven birdies with one bogey, to score a 6-under par round of 65, seeing him lead Joaquin Niemann, Emiliano Grillo and Tom Hoge by one.

Knox started his day on the back nine and opened with three pars, before three consecutive birdies from the 13th kick-started his round, followed up with two more just before the turn to go five under.

The Scot's run slowed a little when he made a bogey at the 2nd (his 11th), but two more birdies at 5 and 6 got Knox back on track, before he closed with three pars to take the clubhouse lead.

"I know my game and my swing is progressing nicely, my putting is as good as it's ever been," Knox said. "I know obviously if you're going to be there at the end, you've got to keep your foot down, keep playing aggressive, free swings and that's my main goal."

Brendan Steele produced the shot of the day at the par-5 13th when his long-range effort with a 3-wood found the hole for an albatross.

WATCH THE EPIC SHOT IN THE VIDEO BELOW:

From +1 to -2 on one swing. @Brendan_Steele holes out for albatross. pic.twitter.com/7OQN6xHJOf

Rickie Fowler was happy to salvage a 1-under par opening round, after he carded a quadruple-bogey 8 on the par-4 12th, as well a double-bogey 6 at the 3rd.

"This has to be the lowest I've shot with a quad," Fowler said. "That doesn't happen a whole lot. I'm definitely happy with what we were able to do and salvage what could have been a really bad day."

Tournament favourite and World No.3 Justin Thomas shot a 1-over par 72 for his opening round, while Brooks Koepka settled for a level-par start.