Brooks Koepka is extremely disappointed with how his season on the PGA Tour went this year. 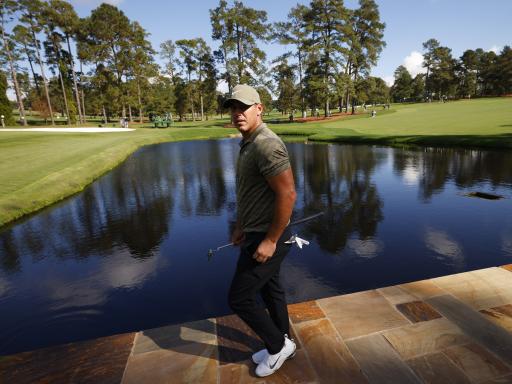 Brooks Koepka revealed that he thinks he would "get fined" if he said how he really felt about his season on the PGA Tour this year, but he's determined to turn it around as we head into 2021.

It was a difficult season for Koepka, after the four-time major winner battled with injuries that saw him undergo surgery and miss multiple tournaments.

Without a win since the 2019 WGC-FedEx St Jude Invitational, Koepka has slipped to 12th in the World Rankings, while his Tour rival Bryson DeChambeau has won a major and climbed past him to become World No.5.

This week, Koepka returns to the PGA Tour for the first time since his T7 finish at The Masters and speaking to the media ahead of the Mayakoba Golf Classic, the 30-year-old was highly critical with how last season went.

“I don’t know if I could say that without getting fined,” said Koepka, who clearly wanted to vent his frustrations. “Pretty bad.”

Injuries were clearly a huge factor in Koepka's lack of success over the past year, after he was sidelines for two months and missed a few huge tournaments including FedEx play-off events and the US Open, a major Koepka has won twice.

“It couldn’t have got much worse than it did over the summer,” he said. “My body wouldn’t let me do things that I wanted to do.”

Next year, Koepka will be hoping to get back to winning ways and in order to do so, he plans on approaching his schedule slightly differently.

“Definitely going to start on the West Coast and play a little bit more. I think one thing this pandemic kind of taught me is you see a lot of guys don’t start their season until March and it kind of bit me and maybe a couple other players this year because you can only jam so many tournaments in,” he explained. “Stretch them out a little bit more and make sure it’s a little bit more of a consistent flow throughout the year.

“I mean, I’m disappointed, it’s not been the year I wanted, but just got to move on and keep pushing through."