The R&A and USGA have announced changes to the Rules of Golf that will take effect from 1 January 2023. Here is everything you need to know. 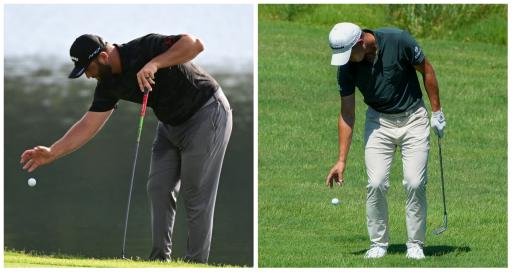 The R&A and USGA have announced changes to the Rules of Golf that will take effect starting on 1 January 2023.

The two golf governing bodies confirmed the changes on 7 November and in total there are five alterations that have been introduced to "help golfers at all levels of play."

In a statement, the two organisations that maintain the Rules of Golf said the 2023 changes, "Continues the modernisation process, with an emphasis on both inclusion and sustainability."

The last changes came in 2019 with such things introduced like being able to take drops from knee height, the relaxation of putting green rules and improvement to pace of play by reducing the time allowed to search for a lost golf ball.

Related: Did you know this golf rule Keegan Bradley took advantage of?

Grant Moir, director of Rules at The R&A, said:

"We are continuing to improve and adapt the Rules of Golf to ensure they are in line with the way the modern game is played. That means making the Rules easier to understand and access for all golfers and making the sport more inclusive and welcoming for golfers with disabilities. We are also working to ensure golf has a sustainable long-term future and making more resources available digitally is key to achieving that goal."

There are quite a few talking points that we are sure will ruffle some feathers.

Perhaps most interestingly is what is being referred to as the Rickie Fowler rule. The American had issues during the 2019 WM Phoenix Open when he carded a triple-bogey seven at the 11th hole at TPC Scottsdale.

"That a ball at rest must be replaced if it moves to another area of the course or comes to rest out of bounds after being dropped, placed or replaced."

What do you think of the changes? Let us know on our social media channels.