Sid Owen suffers a shattered jaw in horrendous golf injury while on holiday... 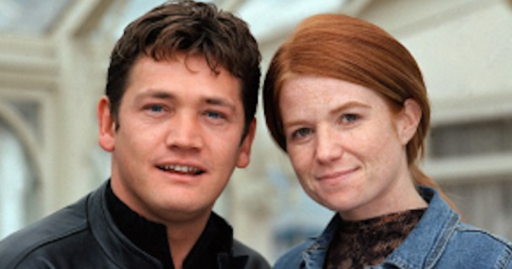 Former EastEnders star Sid Owen has taken to social media to reveal a horrendous golfing injury where he lost several teeth and suffered a shattered jaw after being struck in the face by a golf ball on holday in Thailand.

Owen, 48, is best known for playing Ricky Butcher in the famous BBC soap.

The incident just goes to prove how careful you must be on the golf course. Always stand clear of anyone playing a shot, always shout FORE when a ball is veering offline, and always cover your head fully with both hands when you hear a shout of FORE.

The Sun report claims the incident happened at the end of January and Owen is still unable to fly home due to having emergency surgery to rebuild his face.

"One minute I'm playing a round and the next I’m in total agony and on my way to hospital," Owen told The Sun.

"But actually I’ve almost been lucky because they’ve told me if it had hit me two inches higher up I’d probably be dead from that sort of impact."

Owen was struck at close range while playing golf  at the Siam Country Club Old Course near Bangkok, when the ball ricocheted off a tree and bounced towards him.

Doctors claim he was lucky to not have died from the impact.

"Of course it hurt like hell, but it was the shock factor too," said Owen.

"I remember seeing two teeth fly straight out of my mouth but it turned out to be a fracture in my face and a broken jaw, along with another tooth embedded into my jaw."

Reports claim Owen has undergone 15 hours of reconstructive surgery to repair the damage including a bone craft and dental implants.

He is now awaiting the results of a brain scan and is currently still unable to eat solid food.

Previous
R&A chief counters any argument that Patrick Reed should be banned...
Next
Is this the WORST tee shot ever to be seen at St Andrews?