Robert MacIntrye has his eyes set on putting himself in contention to win the Race to Dubai this year. 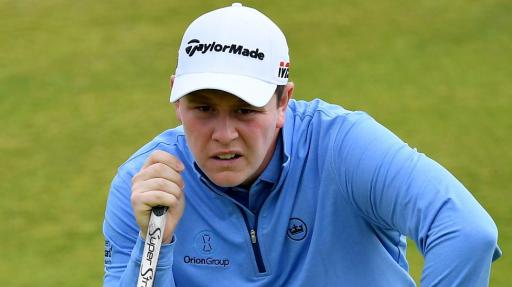 It's been one hell of a rookie year for Robert MacIntrye, who has gone from just wanting to simply secure his Tour card to putting himself in contention to win the Race to Dubai.

After a fantastic year for the young Scot, MacIntyre has broken into the top 100 in the world, currently sitting in 96th, while he's also in a fantastic position in the Race to Dubai, in 14th.

MacIntyre's first big finish of the season came at the Betfred British Masters at Hillside Golf Club where he finished T2 alongside Eddie Pepperell and Matt Wallace, one shot behind Marcus Kinhult.

“It’s been a quick year," said MacIntyre, speaking to the media ahead of this week's Alfred Dunhill Links Championship. "At the start I was just trying to keep my card and then after the British Masters you sit back and go well, now I need to push on and try to win. Going from just trying to keep your card to trying to win on the European Tour is a drastic move, but I’m enjoying myself."

Just four months down the line since the British Masters and MacIntyre is now in a position to finish very strongly in the Race to Dubai, thanks to some fantastic finishes, including a T6 at the Open Championship.

“Being in contention to win the Race to Dubai is the goal. Obviously we want to get as high up as possible going into the final few events, but I’ve got a few things that I need to sort out before then and hopefully come the final event I can be knocking on the door."

This week, MacIntyre returns to Scotland for the Alfred Dunhill Links Championship, and the 23-year-old is excited to play in front of his fellow countrymen.

“It’s great to be here, but it’s not just about being at St Andrews, being in front of a home crowd the support will be good again and hopefully we can have a good week.

“You’re out here with stars, celebrities, but it’s just about me being here to play golf and enjoy myself. Having a chat on the way round as well, which I like."