Take a look at GolfMagic's betting preview for this week's Dunhill Links Championship. 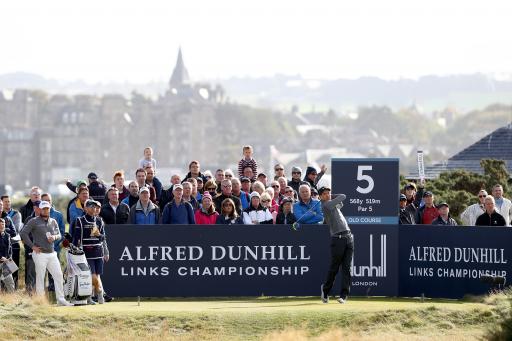 After a brilliant week at Wentworth where Danny Willett was crowned the comeback King, the focus switches to Scotland for the Alfred Dunhill Links Championship, played across three different courses, St Andrews, Kingsbarns and Carnoustie. Lucas Bjerregaard was last year's champion, but who will reign supreme this week? Check out GolfMagic's best tips for this week.

Rory McIlroy is the tournament favourite with very short odds of 5/1 this week, so it's not great value for money unless you're going fairly big on him, but he's the favourite for a reason. He's been the runner up in the tournament three times, first in 2009,  then 2011 and 2014.

He's the best player in the field and apart from his poor first day at Wentworth last week, he came flying back and played some fantastic golf, putting him in great form to go and get another win under his belt.

I really like Shane Lowry's chances this week and I think odds of 20/1 are far too big for the Open Champion. He was brilliant at Royal Portrush to win his first major and proved to be a fantastic links player.

He didn't get off to the best of starts at Wentworth last week but was faultless over the weekend and didn't drop a single shot on either Saturday or Sunday, to finish T11 at ten under par. If McIlroy and Jon Rahm get off to a slow start, there's a huge chance that Lowry could come out and set the standard for the week.

The South African is playing some incredible golf as of late and I fancy him to be up there again this week. Erik van Rooyen has had 12 top 20's in his last 17 starts, really impressive stats that you just can't ignore.

He knows what it takes to win following his victory at the Scandinavian Invitation back in August and he put togetehr another fine performance at Wentworth. With odds as high as 35/1 he's definitely worth considering.

Another player who has really impressed me as of late is Robert MacIntyre. He finished T2 in the Porsche Open a few weeks ago and played some really good golf in what proved to be some tough conditions.

MacIntyre impressed everyone at the Open earleir this year when he finished in T6, just one shot behind Brooks Koepka, and with the event this week in his home country where the winds could once again be strong, I wouldn't be surprised if his name is around the top of the leaderboard come Sunday.