Rory McIlroy believes his form is much better than his results

Rory McIlroy believes his recent results aren't a reflection of where his game is at the moment. 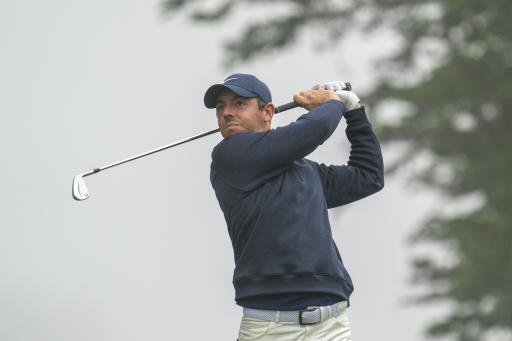 There's no hiding away from the fact that Rory McIlroy hasn't looked anywhere close to the player he was before the PGA Tour came to a sudden halt due to the coronavirus outbreak, but the Northern Irishman believes his game isn't far away from where he wants it to be, despite a run of poor finishes.

Prior to the Players Championship, McIlroy was in red-hot form and sitting pretty as World No.1, but in his five starts since returning to action, the 31-year-old has posted finishes of T32, T41, T11, T32 and T42 in his most recent outing at the WGC-FedEx St Jude Invitational.

As dominant as McIlroy has been over the last few years, he hasn't won a major since winning the PGA Championship nearly six years ago.

This week, McIlroy returns to TPC Harding Park for the 2020 PGA Championship, a course where he won the Dell Match Play back in 2015 and although the results haven't been there, McIlroy believes his game isn't far away from where he wants it to be.

"I think, post-Covid, there have been some good scores in there," said McIlroy. "I shot a 63 at Colonial; I shot a 65 to make the cut at Hilton Head; a 63 at the Travelers, and a couple of good scores last week in Memphis. So the good stuff is in there.

"So it's just the scoring aspect of the game, and I feel like everything else is pretty good. I'm driving it well, my iron play is good for the most part. It's just getting that key up-and-down to keep momentum going, holing a putt here or there to keep the round going for the day.

"It's just about all that stuff that, when you're feeling it and when you're in a good spot, that's when you start to do those things and momentum comes from there.

"That's really been the only thing. I feel like my game is really close, and even the mediocre scores that I've shot I've come off the golf course thinking that I actually didn't play too badly, I just didn't get a lot out of the round, so if I can just keep playing like that and keep being a little bit more efficient with my scoring, I'll be right where I need to be.

"Before the world sort of shut down, I was playing some really good golf, consistent. And then having that three-month break, coming back, everything sort of changed. Everything feels different, in the competitive arena, anyway.

"But my game doesn't feel that far away. It's the first major in over a year, and it would be a great week to get back into some form and give it a good run."