C.T Pan has laughed at his golf coach on Instagram after he was caught filming Tiger Woods instead of watching him putt. 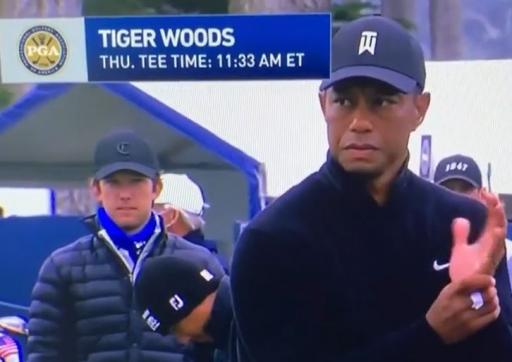 C.T Pan has mocked his own golf coach after he was caught fan-boying over Tiger Woods instead of focusing on his own player, whilst warming up for the PGA Championship at TPC Harding Park.

Today's the day people! The first major of the year has finally arrived and although it's going to be a little different without the fans there, it's going to be great to see the world's best battle it out in San Francisco for the Wanamaker trophy.

A star-studded lineup will be taking on TPC Harding Park where Brooks Koepka will be looking for a threepeat, having won the tournament back-to-back over the last two years.

The most exciting featured group for Thursday and Friday has to be the group of Rory McIlroy, Justin Thomas and 15-time major champion Tiger Woods.

Watching Woods play in a major tournament never gets old and for one golf coach, seeing the Big Cat up close was too good an opportunity to miss, so he pulled his phone out and got a quick video of the golf GOAT. Watch the video from Golf Rabble below:

The golf coach in the video happens to be C.T Pan's, World No.116, playing in just his second PGA Championship, who commented on the Instagram post, laughing at his coach.

"Haha thats my coach who does not pay attention on my putting stroke," joked Pan.

NEXT PAGE: 10 standout bets for the PGA Championship