"I think Paris will be a different kettle of fish." 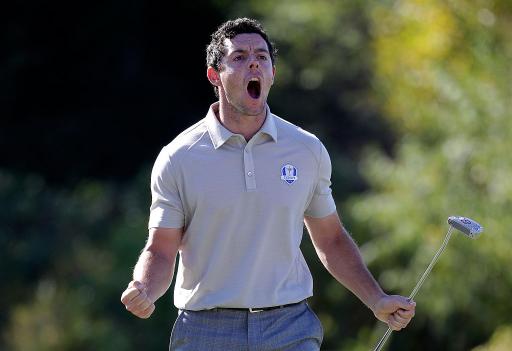 Rory McIlroy has fired an early shot to the Americans who think they will just be able to stroll into Paris later this year and retain the Ryder Cup.

McIlroy, who made his return to golf after several months out with a flawless 3-under 69 on day one of the Abu Dhabi HSBC Championship, believes Thomas Bjorn's European side will be a very tough nut to crack at Le Golf National from September 28.

"Yeah, the Americans have been obviously very buoyant about their chances and whatever," said McIlroy.

"But you know, it's never as easy as that, even when Europe was winning six of eight or five of seven, whatever it was ... overall, yes, Europe won and it looked dominant for a while, but the matches were always closer than that."

"If you look at Hazeltine last time and how they set that golf course up: Big wide fairways ... pins in the middle of greens; it wasn't set up for the way the Europeans like to play. I think Paris will be a completely different kettle of fish, so I think it will be so different."

And the Northern Irishman, who will surely make a fifth European Ryder Cup appearance this year, seems confident not only about his team's chances, but also about his chances of making the team.

"So I'm confident. I obviously need to make the team first, but everything being all well and good, I'll be on that team and I feel like we'll have a really good chance."

"I think we'll have a great team and it definitely won't be as easy as they think it's going to be."

The United States are currently narrow favourites to defend the Ryder Cup.