Rory McIlroy had a frustrating day at Sherwood Country Club on Thursday and he took it out on his golf club. 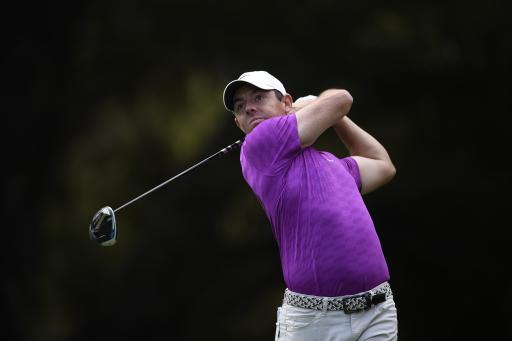 Rory McIlroy let his emotions get the better of him during the opening round of the ZOZO Championship and after missing the green at the final hole, the World No.5 resorted to snapping his club in half.

The Northern Irishman shot a 1-over par round of 73 on Thursday, leaving him nine strokes behind leader Sebastian Munoz, in what was a pretty low-scoring day at Sherwood Country Club.

Prior to his opening round, McIlroy had made it clear that he was playing the ZOZO Championship to win and wasn't just there to warm up for the Masters in November.

McIlroy is without a win since November 2019 and has lacked form since golf returned after its 91-day break forced upon the sport by the coronavirus pandemic.

It was certainly an up-and-down round for McIlroy on Thursday, who did manage to card seven birdies, but four bogeys and two doubles have left him way down the leaderboard.

At the par-4 18th, McIlroy hit a loose drive that forced him to chip back onto the fairway, but after leaving his third short of the green and in the rough, the four-time major champion pushed his club into the ground until the shaft snapped in half. Watch McIlroy's club snap in the video below:

What followed was further frustration for McIlroy and he walked away with a double-bogey 6 and golf fans were quick to comment on his moment of anger on social media.

"Bizarre situation.....absolutely class player but in a strange place since returning after lockdown. Indifferent performances... Consistency seems to be hurting his game. Don't agree with snapping clubs. Christ if I did that after an indifferent shot I'd have no clubs left," said one golf fan.

NEXT PAGE: Tiger Woods adds a new club to his bag for the ZOZO Championship