Tiger Woods returns to action this week as he defends his ZOZO Championship title and he's added a new club to his bag. 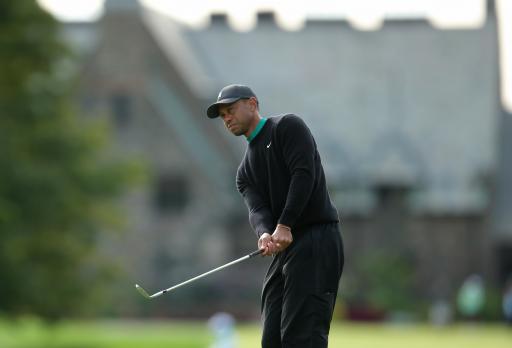 Tiger Woods returns to action on the PGA Tour this week as he defends the ZOZO Championship at a course he knows and loves, but the 15-time major champion will switch his trusty TaylorMade M5 3-wood for a newer model.

Woods has been using the M5 3-wood since it came out last year and although he has the option of upgrading to the latest TaylorMade clubs whenever he wants, Woods is very careful when it comes to swapping his bag around and still carries an M3 5-wood.

In a video posted on the TaylorMade Golf Instagram page, Chris Trott, the master behind TaylorMade's Global Sports Marketing team, talks us through Woods' bag for the week.

Watch the video below to find out everything you need to know about Tiger Woods' golf clubs:

Once Frank comes off that #SIMdriver, you know it’s going to be a good one. @trottiegolf takes you through @tigerwoods’ bag for the ZOZO Championship, which includes a new #SIMfairway the Big Cat’s been testing. #TeamTaylorMade

Woods hasn't competed since he missed the cut at the US Open, but the 44-year-old will like his chances of making history as he has the opportunity to break the PGA Tour win record at Sherwood Country Club, a course hwere has has won five times in his career.

“My game's definitely better than it was at the U.S. Open. I feel a little bit more prepared, a little bit better, and hopefully that translates into playing the golf course,” he said.

“This golf course is typical Jack (Nicklaus design). It's pretty open in the fairways, but the second shots are very difficult and you have to miss the golf ball in the correct spots. Over the years, my iron game has been one of the stable parts of my game and normally Nicklaus golf courses reward good iron play. And over the course of my entire career, I've won on a lot of Nicklaus golf courses because of that.”

Fans will be returning to the PGA Tour at the Hoston Open, a week before Woods defends his Masters title at Augusta and the Big Cat is yet to decide if he will compete in Houston or not.

“My plan is just to play and practice. I don't know if I'm going to play Houston or not. I'm not playing next week, and we'll see how this week goes and make a decision from there," Woods added.

“This whole year's been different for all of us. The fact that the Masters will be held in November, it's unprecedented, never been done before. I can't simulate the normal ramp-up that I normally have, and I don't think anyone else can either.”

NEXT PAGE: Phil Mickelson "doesn't like the risk" of 2000 fans in Houston just a week before the Masters