Rory McIlroy is unlikely to return to Harbour Town Links for the RBC Heritage after a disappointing week. 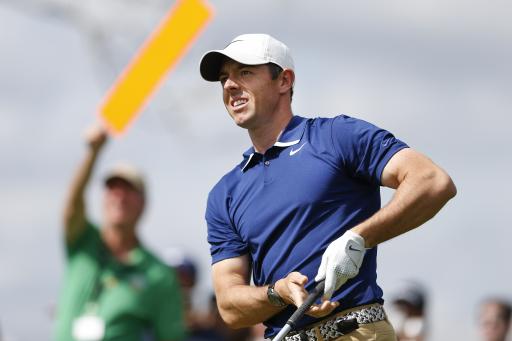 Rory McIlroy is unlikely to play the RBC Heritage again after a disappointing week, with the World No.1 admitting there are other courses on the PGA Tour that suit his game better.

The RBC Heritage at Harbour Town Golf Links in South Carolina is an event that doesn't always attract the top players on the PGA Tour, but following the forced period without any golf to play, this year the event saw one of its best ever fields.

McIlroy hasn't played the RBC Heritage since 2009, when he finished T58 and after an 11-year absence from the tournament, the Northern Irishman didn't make much of an improvement upon his return.

Heading into Sunday's final round just five shots off the lead, McIlroy's hopes of a competitive finish were damaged after he made a double-bogey at the par-3 4th.

McIlroy shot a 1-under par final round of 70 to finish the tournament 11-under par, dropping down to T41, 11 shots off of the eventual tournament winner Webb Simpson.

"Once I got here and I played the golf course, I sort of remembered why I haven't been here for a while," McIlroy said after Sunday's final round. "It's tough.

"Like it's a lovely place. There's other courses on Tour that probably fit my game a little bit better and obviously the week after the Masters [when the tournament is traditionally held in mid-April] is always a tough one. Guys like to come here and decompress, but my idea of decompression is not seeing golf clubs for a week.

"I got off to a decent start and then the ball in the water on four just sort of stopped any momentum. I played okay after that, I guess. I birdied nine and then birdied a couple coming in on the homestretch.

"It's fine. It's one of those weeks where, obviously, low scores, very bunched. You had to hole a lot of putts and I didn't over the week. But I'm still pretty happy with how I played going into the next weekend in Hartford."