Ryder Cup could go ahead WITHOUT FANS

The Ryder Cup in September may still go ahead, but without any spectators. 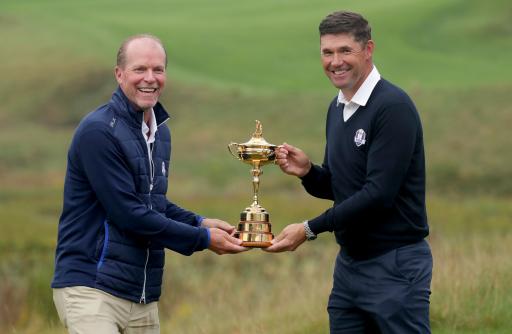 The golf calendar is certainly shaping up to be a lot different to how it was expected, with The Masters now being played in November, The Open cancelled and both the PGA Championship and US Open being moved to later dates, but according to reports, we could also see a Ryder Cup without any fans.

Padraig Harrington is set to make his debut as European captain when his side takes on Steve Stricker's United States team at Whistling Straits, but the Irishman firmly believes there should be no Ryder Cup unless the fans are there.

”Nobody wants to see the Ryder Cup played without the fans being there," he said two weeks ago. “The common consensus now is the Ryder Cup will not be played unless the fans are there."

But it now seems that we could possibly see a Ryder Cup without any spectators, with the ongoing fight against the coronavirus continuing to cause problems worldwide and especially in the United States.

Seth Waugh, chief executive of the PGA of America, said that discussions have been made with the European Tour about the feasibility of going ahead with the Ryder Cup if fans are banned from spectating the biennial match.

“We have begun to talk about whether you could create some virtual fan experience and we are going to try to be as creative as we can,” Waugh said in an interview with WFAN Sports Radio. “It’s [still] to be determined, frankly, whether you could hold it without fans or not.”

Francesco Molinari, one of the top-performing players during Europe's win at the 2018 Ryder Cup, said: “I am sure all the players agree it would be better to wait until we can have a proper Ryder Cup.”