Professor Samuel McConkey thinks golf courses could reopen their doors if done in the right way. 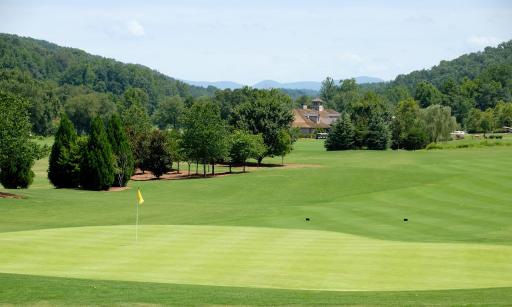 Whether or not golf courses should be allowed to stay open seems to be an ongoing debate with a very balanced argument as it stands, with some people arguing that it's just as safe as jogging and others saying they need to stay closed, but a leading health professor believes that golf courses could now reopen their doors, if it's done in the right way.

Before Prime Minister Boris Johnson ordered a UK lockdown, golf courses up-and-down the country were doing their bit to keep players as safe as possible, by removing rakes, closing clubhouses and asking people not to touch the flags.

But once Johnson pretty much shut the country down, England Gold were forced to tell all golf clubs in the UK to close for the forseeable future, putting many businesses in trouble.

Thousands of golfers protested, saying that playing golf on your own on a quiet golf course is far safer than jogging past others in a busy park, but three weeks later and golf courses are still closed.

DEBATE: Should golf courses have been forced to close?

How much longer courses will remain shut for is a question that no one really knows the answer to, but Professor Samuel McConkey, the head of the Royal College of Surgeons’ department of international health and tropical medicine in Ireland, who also sits on the scientific advisory committee of the European Vaccine Initiative and was former honorary consultant in infectious diseases at Oxford University Hospitals NHS Foundation Trust, has told the Irish Times that he thinks golf courses could now open their doors once again.

“Golf is played outside in the open air, and almost always two metres away from other players,” he said.

“So my opinion is that playing golf, even two or four players from different houses together, could be done relatively safely if sick people and their contacts stay away, people come dressed and do not use changing rooms, gyms or the clubhouse facilities. A guidance plan is the best way forward, not each club deciding itself.”

McConkey believes it could take a little longer for spectators to return to live sport, but thinks with the right guidelines in place - such as wearing masks and staying two metres apart - spectators could attend sporting events in the coming months.

“Though there is still some risk from objects like door handles and hand rails. To minimise this transmission, one could restrict attendance to those less than 20 or [up to] 50 years of age, depending on what level of risk you are willing to take,” he added.

“Sport is possible to restart safely in the future with detailed planning, risk management and high levels of adherence.”