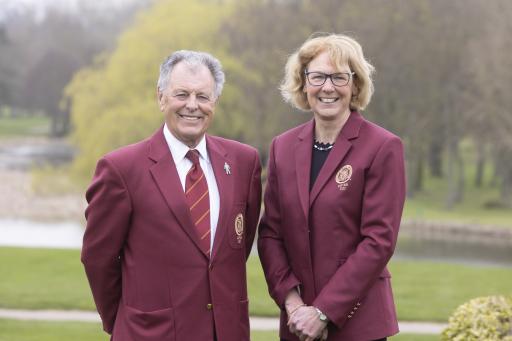 More significantly, Bennett, the head teaching professional at Three Rivers Golf and Country Club, Essex, has become only the second female to captain The PGA.

That she is following her close friend and mentor the late Beverly Lewis in the role adds even more significance to her appointment.

“It means so much to me personally following in the footsteps of my role model Beverly Lewis,” Bennett said. “If it wasn’t for ‘Bev’ I wouldn’t be where I am today.

“She used to coach me in her garden when I was 15 and we used to discuss my swing in her kitchen, I really tested her knowledge! She was always there for me as a mentor and friend, offering advice, support and encouragement during my career.”

Bennett was a member of Colchester Golf Club at the time and, having turned pro, went on to spend 25 years on the Ladies European Tour, become a respected and in-demand coach at Three Rivers as well as the regional coach for England Golf East.

She is also an indefatigable fundraiser for charity and the Golf Fore Recovery initiative for wounded and sick armed forces personnel and Canine Partners have benefitted from her efforts.

More recently, she has been the driving force in raising more than £40,000 to fund research into Thymic Carcinoma, an extremely rare form of cancer.

“Sarah’s tireless voluntary and charity work makes her a great role model for all PGA Professionals to look up to,” said Robert Maxfield, PGA chief executive.

“Throughout her career as a PGA Professional, she has demonstrated her excellence as a coach and devoted a huge amount of time helping people of all ages, ability and background into the game.

“She has been a loyal ambassador for the Association, and I know she will prove to be a very popular and successful Captain.”

Bennett succeeded Gallacher during a lunch for past PGA Captains held at the Association’s Belfry headquarters when she was presented with her ceremonial blazer by her predecessor.

All of which was in sharp contrast to Gallacher becoming Captain a year ago during lockdown.

“I just took over from Peter Hanna,” he recalled, “there was no ceremony nor official handover because of lockdown.

“And my year in office was somewhat hit and miss. The pandemic meant some highlights such as Graduation and the PGA Cup were cancelled or postponed but attending the tournaments was very enjoyable.

“I’m also grateful for the support Sarah gave me as vice-captain and I wish her every success in her year, especially when she captains the Women’s PGA Cup team in the USA in October.”

Looking ahead, Bennett added: “I have always had huge respect for the Association since first becoming a Member in 1990 and this is the proudest moment in my golfing career; following in the footsteps of legends in the game is something I will cherish forever.

“I have always enjoyed challenges and hard work and will do my upmost to continue to promote golf in its entirety and grow women’s golf at all levels of the game.”