The on-course broadcaster and former player Wayne 'Radar' Riley believes we will see another Jack Nicklaus or Tiger Woods emerge. 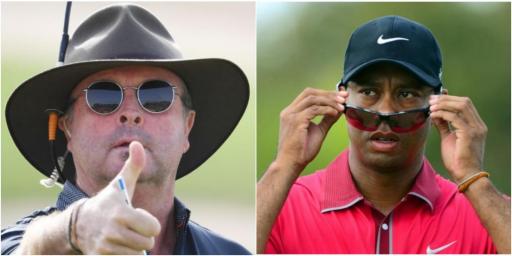 The on-course commentator and broadcaster Wayne Riley is never shy of offering an opinion.

Ever since he retired from professional golf after nearly two two decades on the European Tour, Riley has still been on the fairways giving us a little insight behind the ropes.

Riley has seen so many fantastic players in action over the years from Tiger Woods, Jack Nicklaus to Seve Ballesteros.

Now he watches the likes of Rory McIlroy and Dustin Johnson every week and he believes there will be another player to emerge and claim an elevated status like Woods and Nicklaus.

He's been speaking to the Off Course with Claude Harmon podcast where he claimed Woods is the best player to have ever lived.

"But Jack Nicklaus has the best record," he added. "There's two different things, but we will see another Tiger Woods and another Jack Nicklaus."

He continued: "Jack Nicklaus taught Tiger how to win, what it’s all about. Tiger’s chasing him down. So someone’s gonna chase Tiger down

"Hopefully he does. The operations are going well, he keeps himself to himself like he always did, good on him.

"But I believe someone will come along and will be a stud once again."

NEXT PAGE: WHAT IS RORY MCILROY'S NET WORTH?