Tiger Woods posts Saturday 65 to open up three-stroke lead on Rory McIlroy and Justin Rose heading into final round. 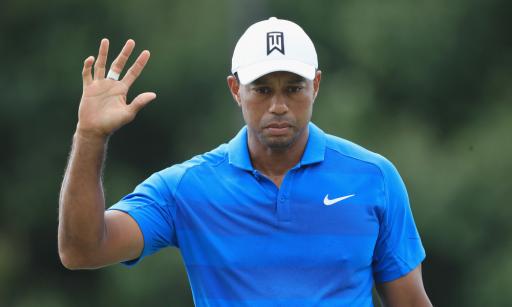 Tiger Woods raced out the blocks on day three of the Tour Championship en route to building a three-stroke lead after a 5-under 65.

Woods lies at 12-under par and three strokes clear of Rory McIlroy and Justin Rose, the latter who is well in control of the season-long FedEx Cup race worth $10 million.

McIlroy, who posted a round of 66, will partner Woods for the final round.

Woods birdied six of the opening seven holes before bogeying the ninth to go out in 30 shots. He birdied the 12th to cement a four-stroke lead but then made an incredible up-and-down for bogey on the 16th hole to fall back to 12-under par.

The 79-time PGA Tour winner is now bidding to win his first tournament since 2013.

"This whole season has been pretty remarkable to come from where I've come from at the beginning of the year," said Woods.

"To just make this tournament at the start of the year was a goal of mine, and we managed to get here."

Rose, who struggled early on Saturday with consecutive bogeys before bouncing back for a 68, faces the dilemma of holding his strong position in the FedEx Cup race or pushing for a win in the tournament. However, the newly-promoted world number one remains intent on winning it all.

"The best form of defence is to come out and play positively and try and win this tournament," said Rose.