It is reported that Tiger Woods' net worth is a staggering £590 million... 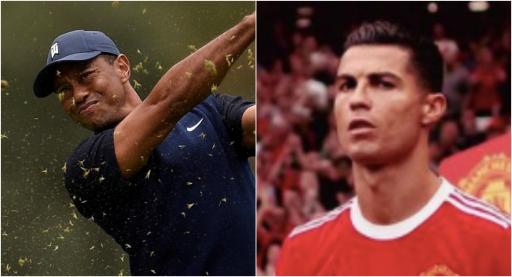 Tiger Woods and Cristiano Ronaldo are two of the most successful and recognisable figures in the world of sport.

In 2019, Woods won his 15th major championship at The Masters which was arguably his greatest achievement. It documented how he was truly born to play golf.

In 2017, Ronaldo won his fifth Ballon D'or trophy as the best footballer in the world. He has made a sensational return to Manchester United this season in search of a fourth Premier League title.

Both of these sportsmen have experienced unprecedented success, but they have also earned an incredible amount of money along the way through trophies and endorsement deals.

In 2018, it was reported that the 45-year-old had earned more than £1 billion since his debut season in 1996 and the vast majority of this came down to his many lucrative endorsement deals.

Forbes rank Woods as ninth in America's most wealthy celebrities with a net worth of £590 million, which towers above the net worth of Ronaldo.

The Portuguese superstar is third on Forbes' 2021 list of the world's highest-paid athletes, as he earned approximately £88million in the proceeding year.

This can be split up into £51 million in salary and £37 million in endorsements with companies such as Nike, Herbalife, Clear Haircare and Tag Heuer.

In terms of their decade long-list between 2010 and 2019, Ronaldo was second only to boxer Floyd Mayweather with total earnings of around £590m.

It is hard to put a solid figure on Ronaldo's net worth, but including both sponsorship deals and career earnings, as well as investments in cars and property, it is around £363m which is £227 million short of Woods.

NEXT PAGE: BRYSON DECHAMBEAU: HOW HIS LONG DRIVE DEBUT WILL CHANGE THE STUFFY GOLF WORLD