Tiger Woods reveals the exercise that 'destroyed' his body

In a recent interview with GOLFTV, Tiger Woods reveals the exercise that took a serious toll on his body early in his career. 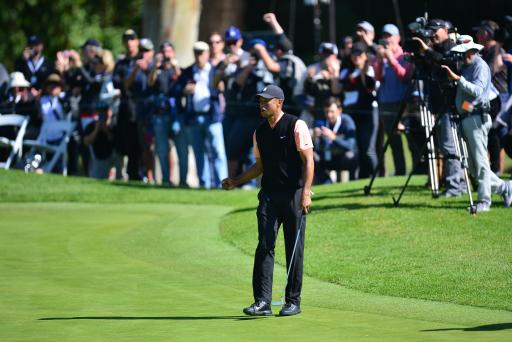 Tiger Woods is arguably the most unfortunate golfer in history when it comes to injuries. Yes, he's overcome those injuries to become the global superstar he is today - with 15 major titles and 82 PGA Tour victories - but it's been a rough ride for Woods and he's now revealed the exercise that caused a lot of damage to his body.

In a recent interview with GOLFTV that was posted on Twitter, Woods was answering questions sent in by the public.

One viewer asked the question: If you had one thing you could go back in time and tell your younger self, what would it be?

"Yeah, not run so much," Woods replied.

During Woods' younger years on the PGA Tour, running was a key part of his training programme, but it seems it is the one exercise that Woods regrets doing so regularly and so intensely.

“Running over 30 miles a week for probably my first five, six years on Tour pretty much destroyed my body and my knees,” Woods said.

Throughout his career, Woods has undergone five surgeries to his left knee, with the latest coming in August last year. The 44-year-old has also had four back surgeries and suffered with Achilles issues.

Recounting some funny sports stories from over the years. Head to @golfdigest for the full interview.