Tiger Woods still can't get the USGA's handling of the US Open out of his head. 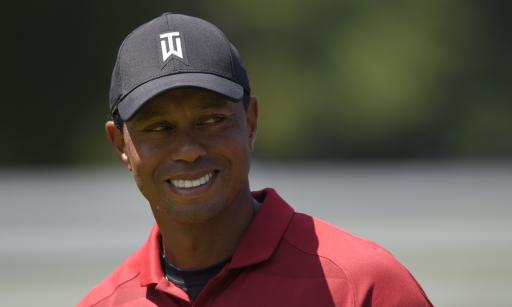 Tiger Woods continued his resurgence on Tour with a tie for fourth at the Quicken Loans National on Sunday, but like many players before him, the 14-time major champion still can't get the USGA's handling of the US Open out of his head.

A bit like Ian Poulter told us in our exclusive video interview below...

The USGA's chief Mike Davis may have taken his share of the body blows for losing Shinnecock Hills two weeks ago, but judging by Woods' latest comments off the back of his third top-five finish of the year, those punches just keep on coming.

"One of the neat things about playing about the Open Championship, they don't care what par is," Woods said when asked about his tune up to his next event at The Open at Carnoustie in two weeks time.

"They let whatever Mother Nature has…if it's in store for a wet Open, it is, if it is dry, it's dry. They don’t try to manufacture an Open."

Woods missed the cut at the US Open with rounds of 78 and 72.

When asked a follow-up if that was a shot at the USGA, Woods replied, "Come again?" and when the question was repeated, a handler escorted Woods away, saying, "I heard ya," with a smile.

Woods finished with a round of 66 at TPC Potomac to finish tied fourth and 10 strokes behind runaway leader Francesco Molinari, but the former world number one now moves up to 67th in the world rankings.

The three-time Open champion has enjoyed a solid spell in the two previous Carnoustie Opens with a third and 12th in 1999 and 2007.