Tiger Woods v Phil Mickelson: Who has played better when grouped together?

Tiger Woods and Phil Mickelson join Rickie Fowler for the opening three round at The Players. 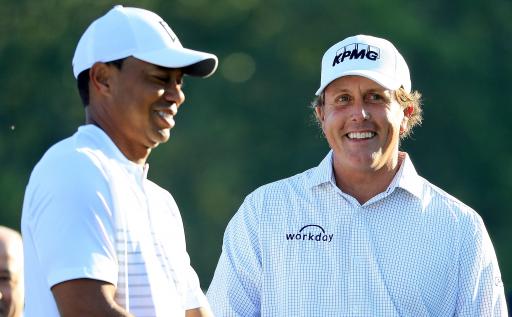 Tiger Woods and Phil Mickelson will play together in the opening two rounds at this week's Players Championship, marking the first time they've been grouped together in a competitive round for the first time in three and half years.

Woods and Mickelson, who will also be joined for company by Rickie Fowler at TPC Sawgrass on Thursday and Friday, have enjoyed some tremendous battles down the years - but what's their scoring really been like when they've been stuck together in the same group.

Mickelson has topped Woods in three of the last four meetings, however, which were the opening two rounds of the 2014 US PGA and 2013 Deutsche Bank Championship.

Nine of their matchups have been in the final round, of which the last came at the 2012 AT&T Pebble Beach Pro-Am when Mickelson shot an 8-under 64 to beat Woods by 11 strokes en route to winning the tournament.

Woods and Mickelson first played together on the PGA Tour at the 1997 NECC World Series of Golf, and they both shot 72.