Tiger Woods: What's in the bag of the ZOZO Championship winner

Take a look inside the bag of the 82-time PGA Tour winner Tiger Woods, following his win at the ZOZO Championship. 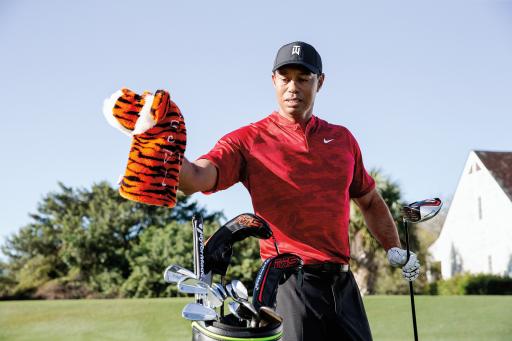 Every time people begin to think that this man is finished, he does the unthinkable. First the Tour Championship, then the Masters and now Tiger Woods has equalled Sam Snead's record of 82 PGA Tour victories by winning the ZOZO Championship in Japan.

Woods started his first round with three bogeys in as many holes and a lot of people thought we were about to see another struggle from Woods, who has been riddled with injuries and just recovered from another knee surgery, but how wrong people were.

RELATED: How do Tiger Woods' yardages stack up against your own golf game?

The 15-time major champion bounced back and birdied nine of his last 14 holes to take a share of the lead after the first round. The tournament was disrupted due to the heavy rain in Japan, but that didn't affect the focus of Woods who would go on to win his 82nd PGA Tour title.

Victory for Woods moved him up to 6th in the world rankings and he now has a phenomenal 23% win percentage on the PGA Tour, winning 82 times in 359 starts.

Woods put a few new toys in the bag last week for the first PGA Tour event in Japan, using the TaylorMade M5 3 Wood instead of the old M3 model he used to have, as well as a TaylorMade 60° Milled Grind 2 wedge. Check out his full winning bag below.

Tiger Woods - What's in the bag of the ZOZO Championship winner?

Tiger Woods
tiger woods witb
TaylorMade Golf
tiger woods whats in the bag
Previous
Golf ball up against fence - what is the golf rule in this scenario?
Next
Golf's great debate! Do you leave the rake IN or OUT of the bunker?