Tiger Woods will NOT take part in 'The Match III', but Phil Mickelson will 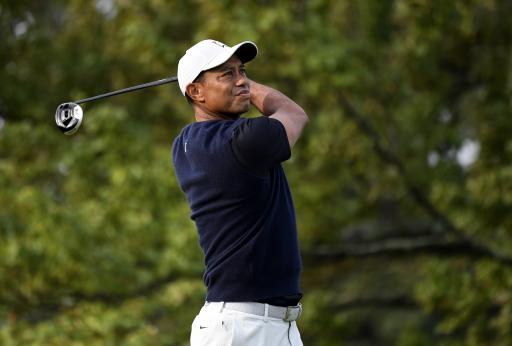 Tiger Woods will not be part of 'The Match III' charity event when it tees up on Friday November 27, according to a report in Sportico.

'The Match' is a charity golf event that Turner Sports first introduced between Woods and Phil Mickelson in 2018, a match that was eventually won by Mickelson in a playoff where he scooped the $10 million prize.

Both Woods and Mickelson then took part in 'The Match II', with Woods teaming up with former Denver Broncos quarterback Peyton Manning to clinch a narrow 1up victory over Mickelson and current Tampa Bay Buccaneers quarterback Tom Brady - a charity match that not only drew the biggest golf audience of all time, but also raised $20 million for coronavirus relief efforts in the United States.

Turner Sports stated the second edition of The Match which took place at Medalist Golf Club in Hobe Sound, averaged a whopping 5.8 million viewers, although the action was shown live across four platforms in the USA, with TBS, TNT, TruTV and HLN all broadcasting Sunday's entertainment.

One of the more comical moments during the match saw Brady hole-out for birdie with a wedge shot, and then split his trousers as he bent down to pick his ball out of the hole - WATCH HERE

According to an article in Sportico this week, Mickelson and Manning will return for 'The Match III', but Woods and Brady will bypass the exhibition match that Thanksgiving Weekend.

Woods will be replaced by Steph Curry, who not only plays for Golden State Warriors but is a scratch golfer who has played on the Korn Ferry Tour, with Brady being replaced by Charles Barkley, the retired NBA legend and now TNT basketball analyst.

Judging by Barkley's swing that we have seen in the past in Pro-Am tournaments and exhibition matches, it could certainly be an entertaining watch. Check out this swing compilation video below...