Tiger Woods will now defend the ZOZO Championship in California

The ZOZO Championship in October has been moved from Japan to California due to travel restrictions. 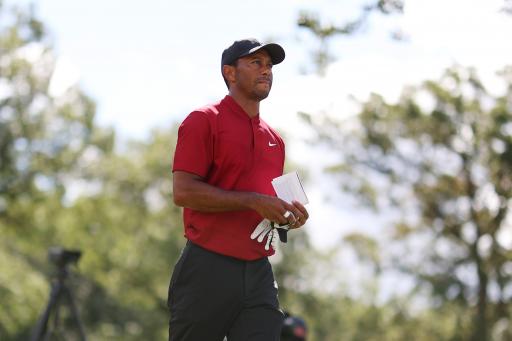 Tiger Woods will now defend his ZOZO Championship title in California in October, after the PGA Tour confirmed the event has been moved from Japan to the USA due to travel restrictions.

Due to travel issues surrounding the coronavirus pandemic, the ZOZO Championship will now be held at Sherwood Country Club where Woods hosted the Hero World Challenge for 13 years.

The event will be known as the ZOZO Championship @ Sherwood for this year's edition, with the hopes that the tournament will be able to return to Japan next season.

It will be a part of the West Coast Swing on the PGA Tour, following the Shriners Hospitals for Children Open at TPC Summerlin and the CJ Cup @ Shadow Creek in Las Vegas after it was moved from South Korea.

PGA Tour executive vice president, international, Ty Votaw, said: "The PGA Tour is grateful that ZOZO Inc. has partnered with us to host the ZOZO Championship @ Sherwood this October.

"Considering ZOZO Inc.'s main business is in Japan, the decision to hold its event in the US underscores their commitment and support towards our sport, communities where we play and the PGA Tour. We are truly thankful for our partnership with ZOZO Inc. and the Japan Golf Tour organisation.

"Following last year's successful launch, our players will no doubt be disappointed to miss travelling to Japan to play in the ZOZO Championship this year, but we look forward to returning in 2021.

"Through the ZOZO Championship @ Sherwood, we are excited to showcase another strong field and deliver world-class golf to fans in the US, Japan and around the world."

NEXT PAGE: Daniel Berger NOT ALLOWED to play in The Masters over strange ruling