Tommy Fleetwood will work alongside Bronte Law in the role of an ambassador for the amateur governing body. 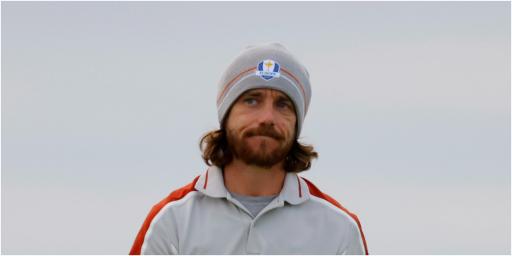 Tommy Fleetwood has a new role with England Golf: he's been appointed as an ambassador.

The announcement was made by the amateur governing body on 9 February about the 31-year-old Ryder Cup star and five-time DP World Tour winner.

Fleetwood was appointed alongside former English Women's Amateur champion, Bronte Law, in the same role. They will work with England Golf to help beginners of all ages participate in the game.

Although he has his own academy, Fleetwood admits that he is now in a position to give back. That academy was opened at Formby Hall in 2019.

To this day, almost 600 kids have taken part in the academy, according to England Golf.

Fleetwood said: "I'm coming into that part of my life where I want to, and I'm in the fortunate position of being able to, give something back to the game.

"I'm doing that already with my own academy, but I have such a long and happy association with the English Golf Union, as it was known when I played, that I wanted to get more involved.

"I feel a great affinity to England Golf because of the times I enjoyed as an amateur.

"I got to travel the world, make friends for life, and represent my country. I see becoming an ambassador as a chance to be a part of it again and help others to enjoy what I did as a younger golfer."

Fleetwood's amateur credentials are impressive. He won the amateur championship in 2010. He was part of a team that won a European title in 2010, too.

He added: "Even now on Tour, whenever I come across players from my England amateur days, we always have that connection and bond, so to be able to impart any help I can to the young English players will be something I think I will really enjoy.

"Golf is now what I do for a living and allows me to provide for my family, but you don’t have to be one of the best players in the world for golf to make you feel good.

"If you are five or 95 there’s something in it for everyone."