PGA Tour player Finau is being sued by a former business associate, according to reports... 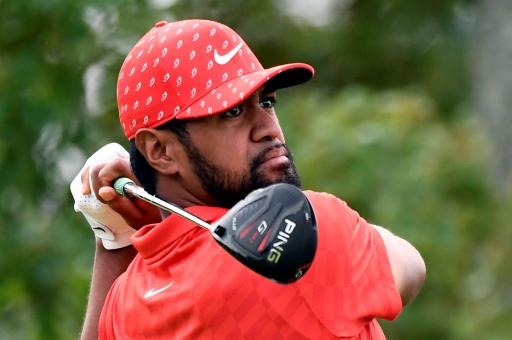 Tony Finau is being sued for $16 million by a former business associate, according to a report in the Deseret News.

The lawsuit, which was filed in 3rd District Court last week, claims that Molonai Hola (owner of Icon Sports) had an arrangement in place with Finau's family that he would pay expenses for Tony and his brother Gipper for several years with the understanding that he would eventually be compensated.

Such expenses, according to the report, included golf lessons, travel, insurance and the family's mortgage payments.

Hola also claims he helped setup the Finau Corporation to promote both the careers of professional golfers Tony and Gipper.

According to Hola, all these expenses added up to $592,371.37, to which the plantiff has asked for that money and compensatory damages of "at least $16 million, plus interest".

The suit claims that this equates to approximately 20% of the both Tony and Gipper's career earnings to date.

World No.14 Tony Finau ranks 84th in career earnings on the PGA Tour with $19,955,606 from 165 career starts, while Gipper Finau has only made a few appearances on the Korn Ferry Tour.

Despite his rise in the game, Finau, who finished in the top-10 at the US Open two weeks ago, still only has the one sole PGA Tour title to his name coming at the 2016 Puerto Rico Open.

Both Finau brothers, their father Gary, agent Chris Armstrong and the Wasserman Media Group are all named in the lawsuit.

"We are aware of the matter and have the utmost faith in the legal process," said Finau's agent Armstrong. "We will not be making further comment at this time."