One of the most bizarre penalties you will ever see on Tour... 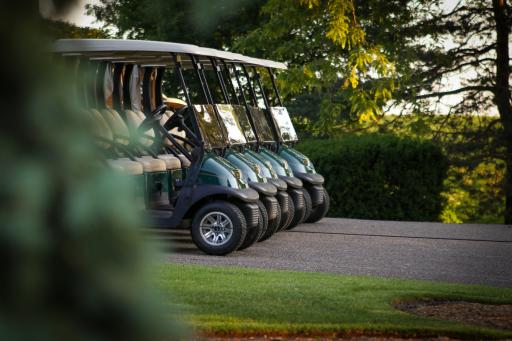 Symetra Tour pro Sharmila Nicollet received a two-stroke penalty at the Prasco Charity Championship after her caddie took a golf cart to go to the toilet during the round.

This quite frankly s*** ruling, in our opinion, falls under Local Rule G-6 which states: "During a round, a player or caddie must not ride on any form of motorised transportation except as authorised or later approved by the Committee."

Nicollet's caddie - a female - was quick to clear up any suggestions that she was indeed a male and that she could have taken simple relief behind a tree, with a rather hilarious response:

Oh. Apologies. What rule was broken.

Golf fans have since been reacting to the two-shot penalty:

"Golf needs to calm TF down," said one golf fan.

"Golf needs to take a serious look into some of the rules, which are ridiculous."

"Bummer! I incurred a one-stroke penalty a couple weeks ago for driving over my own golf ball with my own golf cart."

"Genuinely curious: what rule does this violate?"

"This is where golf really let’s itself down. Stupid rules made for absolutely no reason at all."